A Guide to Medical Cannabis Cards

Is Cannabis Legal In The UK?

Before we can delve into the three main cannabis cards that are on offer in the UK, we must first look into why they even exist. Medical cannabis cards have come into existence due to the fact that cannabis legalization in the UK is stagnant, and isn’t accounting for those who require medicinal cannabis, but aren’t able to pay for the extortionate private costs of prescription. Let’s delve deeper into this.

Illegal Cannabis in the UK

The situation is this: recreational cannabis is illegal in the UK and unfortunately probably will be for a long time, unless something drastically changes. Any product that contains more than 0.2% THC is illegal. In fact, even CBD buds, which don’t contain more than that, still remain illegal just because they resemble the cannabis plant. The UK government hates the cannabis plant. Or at least, they hate the cannabis plant if they aren’t able to make any money from it. The UK is, funnily enough, the biggest exporter of medical cannabis in the world, but almost none of that goes towards the UK. Instead, it is sold abroad and the money goes right into the pharmaceutical companies’ pockets.

Possession, selling and cultivation of cannabis is illegal in the UK. If you’re discovered to be using weed for any of these purposes, you can be sentenced to up to 14 years in jail and a blank cheque fine. Of course, you’re unlikely to be arrested for having a few grams on you, but the law is still firm when it comes to cannabis in the UK.

Legal Cannabis in the UK

Although cannabis legalization in the UK is nowhere near being the most progressive in Europe, it isn’t all doom and gloom. The UK hasn’t legalized recreational cannabis like Amsterdam or California, but what have they done? Well, first of all, all CBD products are legal in the UK as long as they don’t contain more than 0.2% THC (which is basically nothing). This means that you can easily purchase CBD products in shops, cafes and basically anywhere. CBD is accepted in the UK.

But what about THC and the rest of the cannabis plant? Well, medical cannabis (be it THC or CBD) has been legal in the UK since 2018. However, it’s not surprising if you didn’t already know that fact. It’s not like it’s been shouted about. Plus, finding and paying for a prescription to medical cannabis is not an easy ordeal. The NHS doesn’t offer it, and the private places that do – offer it at an extremely high price. This means that many people who require cannabis to treat their physical or mental conditions, are being forced to purchase it from illegal street dealers or the dark-web. This puts them at jeopardy of being discovered and prosecuted. It is this exact reason, and for these exact people, that the medical cannabis cards came into existence.

The benefits of cannabis and the wonders of the cannabis plant are finally beginning to be researched and championed by the world. Although it’s been slow improvements, there’s no doubt that more people are becoming aware of how many conditions marijuana can treat. People are also beginning to realise that cannabis treats both physical and mental conditions. Here is a list of the conditions that cannabis can assist with. 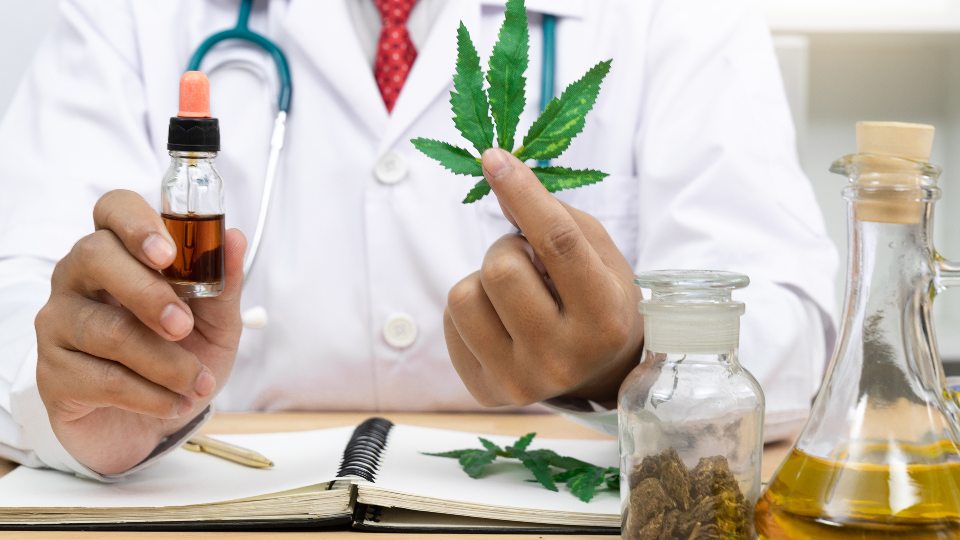 So, now you understand the legal situation in the UK and how cannabis can help with various mental and physical conditions, it’s time to move on to medical cannabis cards. As you’ve heard, the reason why medical cannabis cards came into existence is to protect those who are living in the UK and are unable to get prescribed and legal medication. If the UK government made cannabis legal, cheap and easily accessible to everyone that needed it, this article probably wouldn’t even exist. Despite the fact that medical cannabis cards are amazing things, it can be confusing to know which one to get. They all sound very similar, and they all do roughly the same thing. Or do they? Let’s take a look at the three most common cannabis cards and what they do. Just a quick disclaimer: we know how similar all of the names are of these cards, but bear with us.

According to their website, the MedcannID is “UK’s largest legally prescribed medical cannabis patient validation and support system that offers simple and effective identification for medical cannabis patients by means of a unique tamper-proof holographic physical photo ID card and accompanying app”. Essentially, like the other two, this cannabis card is a card that you can hold which proves you have a cannabis prescription. Also, the card is completely free.

The MedcannID was made by Numedds, who were the company that first gave a prescription to medical cannabis in the UK in 2019. The founder, Marios Panteli, has over 30 years experience of cannabis advocacy and giving support to those who need it.

The MedicanCard is slightly different to the previous card. It is also a holographic card, but it also has a little more to it. The website claims that this cannabis card “proves to the police and Crown Prosecution Service that your intent was to supply yourself with medical cannabis. In the unlikely event that your personal possession case is taken to court, the Medican Package contains all the relevant information on how to avoid prosecution with mitigating factors”.

The MedicanCard was made by a non-profit organisation. However, it does not seem to have the same level of backing and official support as the other two do.

The MedicanCard can be bought by anyone. Even if that person does not have a certified cannabis prescription. They claim that anyone who uses cannabis, in a sense, is using it for some level of self-medication. Therefore anyone can purchase this card. However, it is not free, it costs £19.00. This includes a full pack that contains: the card itself, advice brochures on what to do in various situations, an advisor if things go wrong and even information on growing your own cannabis.

The Cancard is potentially the most popular of the lot, but you can make that decision yourself. The Cancard has support from MPS, police officials and cannabis experts. It’s a political movement, as well as a holographic card that “is a validated indication to the police, or any third party, that you are consuming cannabis for medical reasons”.

The Cancard was created and founded by Carly Barton, who is a medicinal cannabis user herself. She noticed a problem in the system and tried to fix it. Whenever anyone was getting prosecuted for possession of medical cannabis, it would often waste the court, the police, and the individual’s time due to the fact that prosecution was unlikely. Once the person was able to prove they had been using the cannabis for medication, the case would usually be dropped. However, this would happen after all the hassle of actually being in court. She wanted to create a card that had the backing from each side, and was able to avoid these situations occurring.

The card membership costs £30 initially, and then £20 a year after that. You need proof from your GP that you require medical cannabis in order to get this card. This doesn’t mean a prescription, but just proof that you do require it. Often prescriptions will cost too much, so patients are forced to illegally purchase cannabis from the dark-web or street dealers. With this card, you can do this without the fear of being prosecuted for having illegitimate weed.

Are you eligible for the Cancard? Click here to find out. 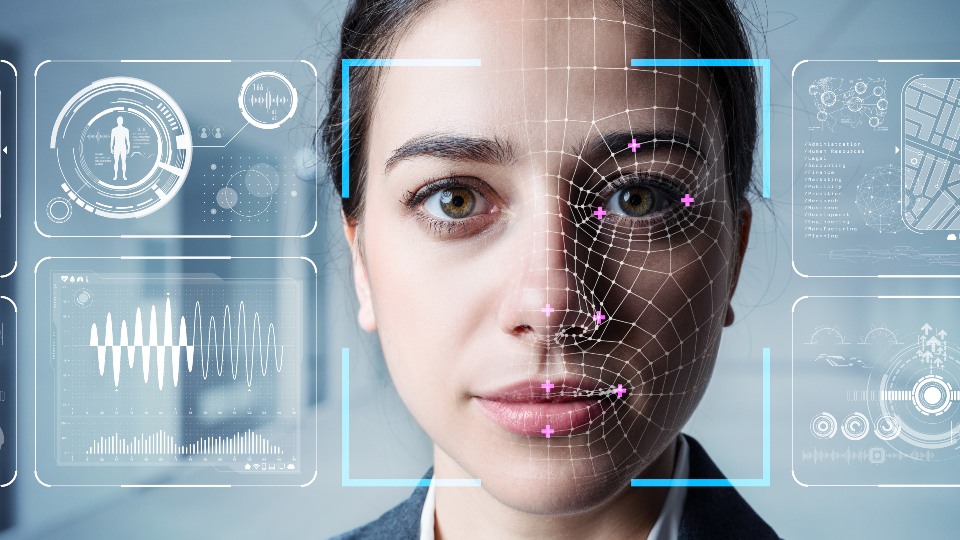 So, which card is the right card for you? Well, the law behind all of these cannabis cards are still in contention. Whilst they have backing from the right people, the law still doesn’t protect those who need medicinal cannabis but cannot afford a prescription. However, they are definitely a step in the right direction, and many police will allow you to continue with your day if they see one of these cards. Maybe just get all three to be safe?

Dry herb vaping your medical cannabis is the healthiest way to do it. Click here to check out our range of dry herb vapes.

This website uses cookies to improve your experience while you navigate through the website. Out of these, the cookies that are categorized as necessary are stored on your browser as they are essential for the working of basic functionalities of the website. We also use third-party cookies that help us analyze and understand how you use this website. These cookies will be stored in your browser only with your consent. You also have the option to opt-out of these cookies. But opting out of some of these cookies may affect your browsing experience.
Necessary Always Enabled
Necessary cookies are absolutely essential for the website to function properly. This category only includes cookies that ensures basic functionalities and security features of the website. These cookies do not store any personal information.
Non-necessary
Any cookies that may not be particularly necessary for the website to function and is used specifically to collect user personal data via analytics, ads, other embedded contents are termed as non-necessary cookies. It is mandatory to procure user consent prior to running these cookies on your website.
SAVE & ACCEPT
Go to Top