Skip to content
Home/Culture/Am I Eligible for the Cancard?
January, 2022
Reading time - 9 minutes

Am I Eligible for the Cancard?

If you’re up to date with cannabis culture then you’ll know all about the cancard. In a way, it’s the best thing to come out of Britain since David Beckham. However, to say its creation has anything to do with the government wouldn’t do it justice. The cancard is a rebellion, it’s a way of life. But perhaps you don’t keep up to date with cannabis culture, in which case, the cancard has about as much meaning to you as ‘glushbi’ (a made up word which means nothing). That’s why today we’re going to explain exactly what the cancard is, how it came to being and we’ll help you understand if you’d be eligible for it or not. The most important thing to remember is: the cancard is not an all-you-can-have weed card. Although it would be nice, that isn’t what it is. The cancard, in a sense, is so much more than that. But anyway, let’s get on to that later. As always, strap yourself in. Let’s go.

Weed Laws in the UK

First things first, let’s take a look into the legal side of marijuana in the UK. After reading this, If you want to know a little more about the legal stance on cannabis in the UK then check out our other article: is weed legal in the UK?

It’s the UK’s slow progress on cannabis policy that has triggered the Cancard’s creation. In the UK marijuana is essentially still illegal in most cases. In fact, sometimes it seems that Boris Johnson has made us the least progressive country in the world. But at least we’re not North Korea, right? Wrong. Apparently even in North Korea they grow some incredible weed.

However, it’s not all doom and gloom. Somehow in the last few years the UK has come on leaps and bounds and marijuana is now, technically, legal medicinally. Let’s look into this.

Since 2018, medicinal marijuana has been legal in the UK. This was due to the Billy Caldwell case. Billy Caldwell was a boy who suffered from epilepsy and needed medicinal marijuana to help treat it. His mother would have to go all the way to Canada and the US to retrieve the cannabis oil he needed, however, this was taken from her upon arrival at the airport. In consequence, Billy was rushed to hospital with an epileptic fit. Eventually, he was allowed the medicine he needed. This case got huge national coverage and led the charge to UK medicinal legalization coverage .

However, although this was a huge step in the right direction, the step was still pretty small. In truth, the NHS don’t prescribe medicinal marijuana, it’s only offered privately. This, as you can imagine, costs a great deal. Some prescriptions can be as much as £50,000 per year. For those of us who aren’t part of the aristocracy, or living in a mansion in West London, medicinal marijuana is basically unattainable. That has meant that the majority of people in the UK who need medicinal marijuana are still unable to get it legally. And that means they are at risk of arrest if found in possession. That’s where the Cancard comes in…

“Despite the fact that Cannabis medicines became legal in 2018, patients who are unable to afford a costly prescription are still stuck in limbo. Cancard provides the opportunity for police to exercise their discretion through the understanding that the patient in possession of cannabis is in fact medicating for their condition.”

Alternatively, recreational marijuana is very much still illegal. The UK does not want weed being used for joyous purposes. Any substance that contains more than 0.2% of THC is 100% not allowed. That does mean, however, that the CBD market has taken the world by storm. And now, CBD oils, edibles (like hemp gummies) and creams are now legal in the UK. In fact, the only CBD product that isn’t legal is CBD flowers, and that is probably because it slightly resembles the marijuana plant. The THC content is still minimal. If you want to know more about that, check out our other article: are cbd flowers legal in the uk?

Therefore, when it comes to marijuana in the UK, it’s somewhat confusing. But it seems that we’re slowly moving towards a more progressive position. And now the Cancard is here, that’s even more the case.

The Origin of the Cancard

The Cancard was created and pushed by activist Carly Barton in 2020. She herself uses medicinal marijuana for her Fibromyalgia and post-stroke Neuropathy. She was extremely disillusioned to discover how difficult it was to get medicinal cannabis. Not only that, Carly Barton was also dumbfounded by the amount of people who are prosecuted for possession of illegal marijuana when using it for medicinal purposes. 1.1 million medicinal cannabis users a year worry about being approached by police.

“We all know that cases where patients have proved legitimate medicinal use are unlikely to make it to court, and if they do, these cases are consistently dropped. This is most notably true whereby a patient presents at court with a condition and is in receipt of a private prescription. There is currently no way of identifying these people before emotional distress has been caused and public resources have been wasted. This is an opportunity to create a benchmark for change. Together we can unofficially decriminalise, for those most vulnerable, as we greatly reduce the possibility of a obtaining a conviction” 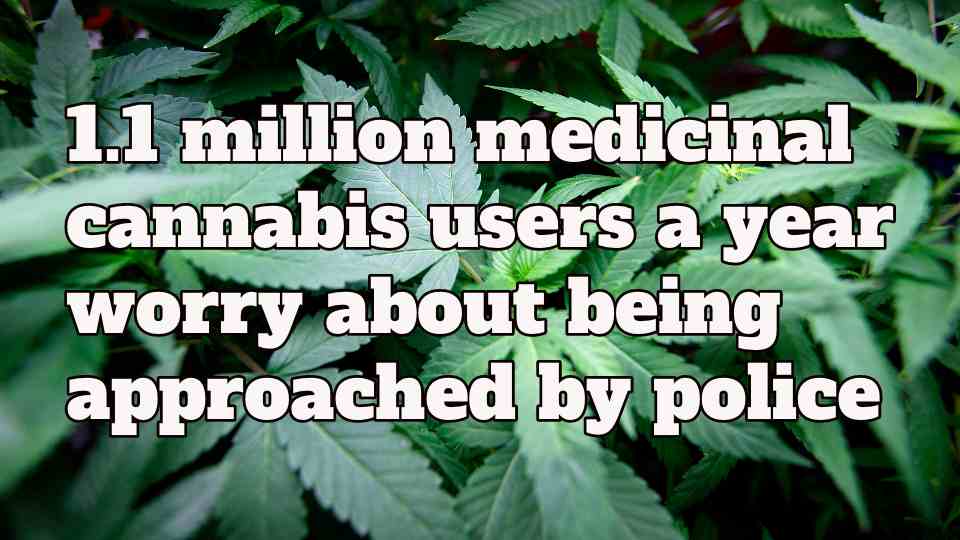 How Does the Cancard Work?

The cancard is a card. Shock! But it’s holographic, which is cool. Much like your driving licence or bus card, the cancard also acts as a means of identification. It has a picture of your face on it, and includes your details.

When would I use it?

How Do I Apply?

Step 1 – Find £19.99 for the yearly prescription. Although, if you haven’t got that then message the team and they’ll help to work something out. (Nicest people in the world!).

Step 2 – Visit the cancard website and register with a photo of yourself, ID, contact email of your doctor, and NHS number.

Step 3 – Get your doctor to confirm your eligibility based on your diagnosis. (We’ll look at what usually makes you eligible later in the article).

Step 4 – Sit and wait for your card to arrive.

Am I Eligible for the Cancard?

Those who desire the cancard must fall under the following criteria.

1 – The person has tried using at least two prescribed medications, or has decided against them with their doctor due to side effects, or chance of addiction.

2 – The person has been told by their doctor that their diagnosis makes them eligible for medicinal cannabis.

3 – The person is at potential risk of fines or being sentenced if found with cannabis.

Which Diagnosis’s get the Cancard?

Here is a list of the potential health conditions one may have if they have applied for the cancard. If you have a condition that isn’t on this list then why not get in touch with the people over at the cancard website.

These include: arthritis, migraines, fibromyalgia.

These include: anxiety, depression, loss of appetite, chemotherapy-induced nausea.

These include: IBS, IBD, Crohn’s disease.

These include: autism, migraines, parkinson’s, epilepsy. 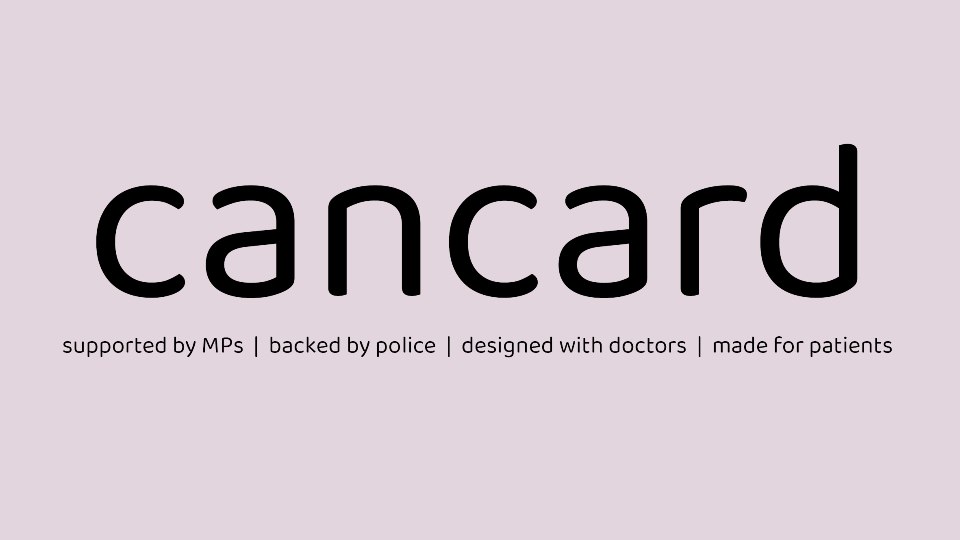 Should I Apply for the Cancard?

So, there you have it. You have all the information you need in your application for the cancard. The only question remaining is: should you apply? Well, you can always answer that question with another question: why not? The cancard is a huge step in the right direction for the UK and if you think it could benefit you then why not apply? You could be part of something great. If you want to take a step even further then why not check out a dry herb vaporizer, and see if you can make your cannabis experience even more healthy.

If you’re interested in learning more about the cancard and its creator then make sure to follow Carly Barton on twitter. Let’s hope this card is part of something extraordinary for UK cannabis policy.

As always – we hope you found this article enjoyable but, most importantly, educational. Until next time.

Article Name
Am I Eligible for the Cancard?
Description
If you’re up to date with cannabis culture then you’ll know all about the cancard. In a way, it’s the best thing to come out of Britain since David Beckham. However, to say its creation has anything to do with the government wouldn’t do it justice. The cancard is a rebellion, it’s a way of life. But perhaps you don’t keep up to date with cannabis culture, in which case, the cancard has about as much meaning to you as ‘glushbi’ (a made up word which means nothing). That’s why today we’re going to explain exactly what the cancard is, how it came to being and we'll help you understand if you’d be eligible for it or not.
Nectar Medical Vapes
Publisher Name
Nectar
Publisher Logo