The Hippy and Weed

Cannabis and the hippy: is it the perfect romance? Or is it a heartbreaking affair? Cannabis has found itself involved in some of the major moments in history. Whatever historic event you’re discussing, weed is usually in the background somewhere. In all political activism and middle-finger-to-the-establishment events, marijuana has been there – leading the charge. Weed has been at anti-war marches, at anti-cuts demonstrations and anti-discriminations protests. Cannabis has seen it all and the 60s in America were no different. Cannabis and the hippy community were an amazing combination and created an atmosphere that many would choose as their first place to go back to if they magically owned a time machine. But what really happened? And what was this romance all about? Let’s take a step back in time.

It’s no coincidence that cannabis was championed and utilised by the hippies in the 1960s. The personality of cannabis completely matches that of the free-thinker, the anti-establishment individual, and the rebel. Cannabis, unlike any other drug, is like a prisoner who everyone knows is innocent. Cannabis is the OJ Simpson of the drug world.

Cannabis has two prominent cannabinoids within it: THC and CBD. There are almost 100 others, but these are the two most people know about. That is because THC is known for it’s ‘high’ gifting effects, and CBD is more commonly known for its help with chronic pain and anxiety. But when these two combine, as a whole, what are the benefits of cannabis?

The health benefits of cannabis are that it can help with:

The spiritual benefits of cannabis are:

Cannabis opens the mind. It allows you to open yourself up to new ideas, new concepts and new types of people. Often cannabis can disarm your usual inhibitions and habits and allow you to welcome in new ones.

Cannabis can also clear your mind. This means that any worries or concerns go by the wayside and you can see clearly for the first time in a while. Often any hard decisions, or beliefs, are ignored when we’re stressed or tired. But cannabis can allow you to see clearly and make the right judgement.

Cannabis is known for its relaxation abilities. When you smoke weed or use a dry herb vape, you’ll feel an overarching sense of calmness. This can allow you to think about things in a more neutral manner. Not only that, but it can sometimes make you a more approachable person.

Cannabis can make people more accepting. Accepting tough trauma or situations is very hard, but weed can lubricate this process. In a way, marijuana can help people put things into perspective. Often we plague ourselves with things outside of our control, things we can’t do anything about; cannabis helps us realise the futility of this.

Lastly, cannabis allows you to think differently. New ideas and new creations can all be triggered by a few inhales of cannabis. In fact, supposedly William Shakespeare wrote all of his plays whilst smoking weed. Many artists use cannabis as a way to open their mind, think differently, and create masterpieces.

What Is A Hippy?

Now we move on to the ‘hippies’. Now, everyone has an idea of what this term means, and some even use it as an offensive term. Although, you can be assured, here at Nectar we hold the hippy community very highly. A hippy, in the original meaning of the term, meant someone who was part of the counterculture in America in the 1960s. They were predominantly made up of the youth groups and, after America, this term spread to all areas of the world. It now defines a wider group of people in all corners of the planet. It stands for an ethos, an identity, an anti-establishment belief. The stereotypical hippy look was: long hair, colourful clothes, lover of freedom, and smoker of bud.

The Birth of the Hippy

The hippies in 1960s America are known to be the birth of hippy culture. However, whilst many people may try and simplify hippy culture into what they wore and what they looked like, it was much much more than that. In fact, to truly understand who they were and what they stood for, it’s best to first understand what America was like in the 1960s. As Bob Dylan himself sang: ‘the answer my friend is blowing in the wind’.

John Lennon, a member of the Beatles, said: “The thing the sixties did was to show us the possibilities and the responsibility that we all had. It wasn’t the answer. It just gave us a glimpse of the possibility.”

The USA in the 1960s was a place of both absolute devastation, whilst also – somehow – unity. The Vietnam War, Civil Rights, the assassination of Kennedy, the assassination of Martin Luther King and the Cuban Missile Crisis all created an incredibly negative atmosphere. The only positive, perhaps, was the moon landing in 1969 – although even that could have perhaps been a lie. From this tumultuous environment came the birth of the freedom fighter: the hippy. From the ashes of America came amazing music: Bob Dylan, Jimmy Hendrix and the Beach Boys. Throughout history, when nations face political and social upheaval, almost every time culture bounces back with a bang. Millions of young people grouped together and started the hippy movement. They listened to music, did drugs, and fought against the inequalities that existed in their country.

All of this grew and grew, and perhaps peaked at the Woodstock Music Festival in 1969. Musicians united with the people to create a huge anti-establishment movement. The sounds were amazing, the drugs were amazing, and most likely, the sex would have been rife too. Richie Havens, who opened the Woodstock festival, famously said: ‘Woodstock was not about sex, drugs and rock and roll. It was about spirituality, about love, about sharing, about helping each other, living in peace and harmony’. 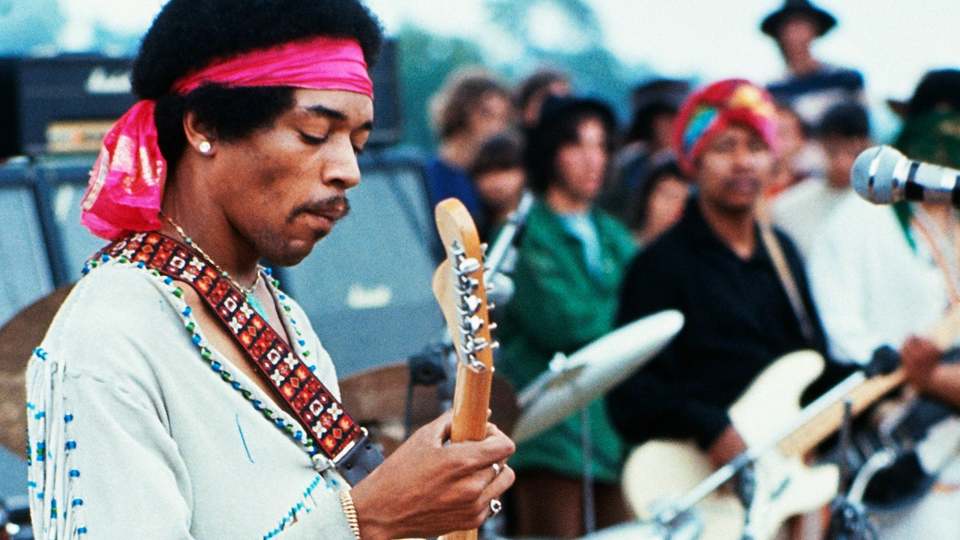 So, now you understand the wonders of cannabis and how incredible the birth of hippy culture was, the question still remains: why were they linked? Well, the obvious reason is that they both work together so well. They both require open mindedness, acceptance and compassion. However, it’s more than that. Cannabis, like hippy culture, was never really accepted by the establishment. It was outlawed pretty quickly and became something that – as the government believed – only minority groups enjoyed. Therefore, in a way, weed and hippies are perfect for each other. They stand for an alternate way. They stand for freedom. They stand for a better future. Let’s hope cannabis is one day released from it’s shackles, and legalized everywhere.

In the meantime, if you fancy checking out or cannabis-friendly products: click here.