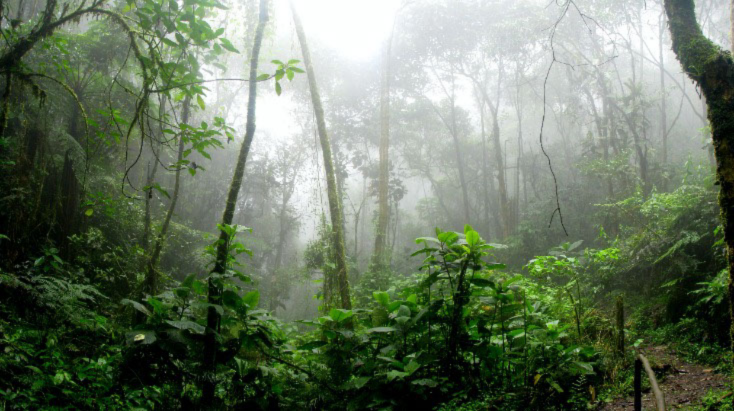 What is Thai Weed?

Every once in a while, we come across a strain of weed with a pretty interesting story to tell.

And in this instance, it’s Thai weed. Dating back centuries, Thai weed is renowned for packing a serious punch thanks to its high potency, landrace origins and 100% sativa character. Forget chilling out on the sofa, this weed will have your brain buzzing with creativity whilst quashing any anxieties you may have along the way. Thai weed is steeped with fascinating historical roots, having found its way onto US shores during the Vietnam War in the 60s and 70s. Quickly, word spread of its sensational highs and it became a hit, blowing the minds of many.

So why did this particular weed take the West by storm? What exactly is Thai weed? What are its effects and, where does Thailand stand today on cannabis use? (Quick answer here: ahead of the curve!)

What exactly is Thai weed? The nitty-gritty.

Thai weed is a landrace strain, named after its place of origin. Landrace plants have been left to develop naturally within their environment, without being meddled with by man. This stuff is dramatically different from other strains which have been heavily cultivated in controlled environments. Let’s view them as the ancestors of the hybrid variety of cannabis that we commonly see today, such as Haze and AK-47.

We like to see these landrace strains as the sort of wise, great grandfathers of the weed world.

How does Thai weed grow?

Growing Thai weed requires a hell of a lot of patience and expertise, as well as an optimal tropical environment. So, if you happen to have all three of those, then feel free to give it a go! It’s a tricky plant to cultivate, typically thriving in balmy, humid environments and rich, volcanic soil. Being sativa plants (which are notorious for taking their time to grow), you can expect buds to begin appearing from around 14-16 weeks, sometimes taking up to 20 weeks. Thai weed excels in heat and the outdoors, but some experts are capable of growing it in very warm greenhouses.

The plants are typically tall and lanky, capable of growing up to 15 feet. This purebred Thai weed is pretty rare to come across, but you will find it in some hybrid forms of cannabis.

What are the effects of Thai weed?

Thai weed has two different sets of aromas. Some have a sweet, citrusy scent and others will have a spicy, earthy and sometimes chocolaty overtone. This will depend on whereabouts it has grown and natural mutations. Due to its notable aroma, a smell proof bag is recommended if you want to be discreet. This Nectar Smell Proof Bag has a soft activated carbon lining to minimise odours.

Being pure sativa, it has an uplifting effect, and you are likely to feel:

For these reasons, it is a popular weed choice for daytime use. Thai weed has very high THC and is one of the reasons it exploded with popularity, once it made its way to the western world.

Thai weed has been growing in the wild, leafy jungles of Asia for thousands of years. Although it is hard to pinpoint exactly when it was discovered and cultivated, we can safely assume that Thais have been using the wonder drug for centuries. Long before the prohibition of the plant in the 1930’s it was used to treat a variety of illnesses including headaches, digestion, asthma and was even used as pain relief during childbirth. As well as for medicinal purposes, it was the main ingredient in many culinary dishes, most notably the popular Thai dish, boat noodle soup. And the plant’s powers didn’t stop there. As we know, weed isn’t a one-trick pony. Hemp was used as strong fibres to create clothing and a whole myriad of other useful products, as it is used to this day.

During the Vietnam War, Thailand hosted many military bases and as a result, Thai weed was introduced to the western world. US soldiers discovered that the plant was a great way of combating pain and reducing stress. Over time the weed crossed the water and made its way to the Americans who welcomed the unique cannabis plant; it was nothing like they had ever experienced before.

Smuggled into America, neatly parcelled in bamboo sticks wrapped in the plants leaves, these packages were quickly acquainted with the name ‘Thai sticks’. So potent were they compared with any weed Americans had used before, they were rumoured to be laced with opium, and they demanded a premium price.

Over time, Thailand became one of the largest exporters of cannabis to the US enraging the American government who called for stricter drug laws. This problem was magnified further when John Steinbeck IV, a Vietnam soldier and son of the Nobel-prize-winning author, penned an article in the Washingtonian magazine painting a picture of marijuana dependent soldiers. The Army hit back and quickly clamped down on its usage making arrests and destroying plant fields.

Then, as quick as this peak hit, it declined, as stock became hindered by supply and demand.

The legality of cannabis use in Thailand underwent several legal changes until in 2018 it was relaxed to allow citizens medical use.

What is a Thai stick?

A Thai stick is essentially an ancient form of the ‘cannabis cigar’. Wrapped in leaves and tied together with hemp string, the inner cigar is packed with dry, cured cannabis skewered on a bamboo stick. It is its very own work of art.

How do you make your own Thai stick?

Thai sticks are fairly uncommon these days, but why not make your own psychoactive bundle? Sure, it takes some time and dedication, and the process can feel a little like ‘fingers and thumbs’, but it’s certainly a skill that will impress.

What do you need?

Patience not your biggest virtue? Then don’t try this anytime soon. Got some time to kill and ready for a big payoff? Then here’s what you need to do:

Smoking a Thai stick is just like smoking a cannabis cigar- but way cooler. Simply remove the hemp string and the stick and smoke.  The hole the stick leaves behind will give you the airflow needed for inhalation. Just be aware these sticks burn slowly!

Or, for a quick and easy hit add your dried buds to a vaporizer here https://www.amazon.co.uk/Nectar-Concentrate-Vaporizer-Upgradable-Precision/dp/B07Q9JZ2P1.

In June 2022, the Thai government took a radical step forward in the legalising of cannabis in the country. Cannabis in all forms, has been removed from the narcotics list. Law now allows citizens to grow cannabis at home and sell the plant. However, there are some restrictions:

The move also marked the release of up to 4000 prisoners who had previously been jailed for cannabis-related offences and any outstanding charges were dropped. This change of law saw Thailand become the first South-East Asian country to ease cannabis laws, setting the pathway to destigmatise its use.

And why the change of heart? Well, it’s not just because the Government realised just how great the stuff is, it will almost certainly give the Thai economy a huge boost after some difficult years. This relaxation of the law will boost national income and steps have been made to support farmers in taking up its cultivation. Public Health Minister Anutin Charnvirakul stated, ‘if we have the right awareness, cannabis is like gold.’

To mark the law change the government even distributed 1 million cannabis seedlings to the public. Now that’s what you call a great government bonus! However, don’t put Thailand on your holiday list just yet, tourists are still strongly advised not to partake in weed use.

So, if you are still wondering, ‘what is Thai weed?’ here it is in a nutshell…

What is Thai weed in a nutshell?

Thai weed is a one off a kind type of cannabis which can be enjoyed in many ways. A Thai stick may be a pretty cool way to ingest weed but we probably wouldn’t recommend this on a regular basis! Shop our selection of vaporizers for a healthier alternative to smoking.