How to Make an Apple Bong

If you’ve ever been to a fruit market in the UK, then you’ll probably have heard an angry cockney man shouting: ‘apples and pears! Apples and pears!’. The majority of people would assume that fruit, be it an apple or a pear, is mostly used for eating purposes; for nourishment. Others would look at an apple and think of original sin, when Adam and Eve took that devastating bite, which flung humankind into a life of misery and self-awareness. However some would look at that same apple – that was taken blasphemously down from the tree – and think of making a good old-fashioned apple bong. Apples are most definitely a versatile fruit. The question is, though, what is an apple bong? How does someone go about making one? And why do they exist? Let’s dive in.

What is an Apple Bong?

The simplest way to define an apple bong is to say that it’s just like any other bong, except it’s made with an apple. Boom. Done. We can all go home now. However, it’s also probably important to know why and how they work. A bong is, according to trusty Wikipedia, “a filtration device generally used for smoking cannabis, tobacco, or other herbal substances.” Any bong – be it made from glass, a plastic bottle or even an apple – is built roughly the same. They all have the same rough components.

The bowl is where you place the cannabis. In a usual glass bong you’ll have a stem sticking out of the bong, which has a small bowl at the end to put your bud. This can then be lit, inhaled, and enjoyed. Without the bowl, there’d be no place to put the beautiful Mary Jane.

The base is essentially the core of the bong. In a usual bong it’s where the water sits, and the smoke then passes through and is filtrated. The base holds the whole bong together and acts like the lung of the whole device.

The carb is a whole in the base, which is usually covered during inhalation to keep all of the smoke in. However, it’s also there so that you can empty the smoke from the base after using it. It creates circulation and is integral to any bong.

The neck, or mouthpiece, is where you inhale from. It’s as simple as that. The neck comes in many shapes and sizes and, without it, there would be no point in a bong because you wouldn’t be able to inhale anything.

As mentioned, although bongs all roughly work with the same mechanisms, they still come in many shapes and sizes. Here is a list of the many types of bongs there are:

How to Make an Apple Bong

So, now you understand what a bong is, and the many different types there are, let’s move on to how to make an apple bong. Making an apple bong takes skill and patience, although don’t be afraid, anyone can make one. Get your apple at the ready, and let’s do this.

Here is a list of all the things you’ll need:

It’s important to note that if you don’t have some of these items, then the next best thing should be fine. Use your initiative.

Now you have all your items, or next-best-things, we can move on to the making of this apple bong. Remember, treat the apple with care, although sometimes it can make your teeth bleed, these fruits aren’t as tough as you think. Here are the steps:

The first step is to create the bowl. Remove the stem from the apple, including down to its core. This can be done with your hands, or you can use a knife to create a slightly larger dip if the apple doesn’t have one naturally. This will be where the cannabis sits.

The next step is to create circulation. Take your toothpick and poke a few very small holes through your make-shift bowl. Make sure these holes intercept with the carb and neck whole you just poked through the core of the apple. These small holes will ensure that the whole contraption connects, the air circulates and that they should be small enough so that the cannabis doesn’t fall through into the apple.

The next step is to test your new apple bong is working smoothly and is nicely circulated. Choose which side is going to be your mouthpiece and which side is going to be your carb. Now inhale through the mouthpiece, whilst covering the carb and make sure that you are now able to drag air from the top of the apple (the bowl). If it’s all working fine, then you can move on to the final step.

The final step is to make the most of your creation. Remember, apples perish in a certain amount of time so your apple bong’s lifespan is limited. Take your cannabis, place it in the bowl, put your mouth on the mouthpiece, cover the carb, light the bud and inhale. If all works well, you should have a perfect and beautiful apple bong.

Questions You May Ask

Now you’ve made your apple bong and are enjoying it’s short but sweet life, there are probably some questions that might arise in your head. So here’s our best efforts to answer them.

Why do people make an apple bong?

Apple bongs are a lot more exciting to make than usual bongs. If you haven’t got a glass bong, then the usual pot of call is to make a plastic bottle bong or an apple bong. The truth is, making a bong from an apple makes you feel like you’re in your own stoner film. Plus, it somehow feels healthier.

The smoke can taste like an apple, and if it does, it’s often very tasty. However, don’t be alarmed if it doesn’t, you probably just haven’t used a juicy enough apple.

What’s the best apple to use?

The best apple to use for an apple bong is a gala apple. This is because it’s both juicy and hard enough so that it doesn’t get mushy.

Can you make a bong out of other fruits?

You can use many fruits and vegetables to make bongs out, although apples are the most popular because they have the perfect balance of juiciness, nice flavour and hardness. However, you can also make bongs from pears, carrots, avocado, squash, pineapple, and many others. You just have to try and see what works.

How long will my apple bong last?

Your apple bong will last about a day. Using it past that time will ruin the taste and probably the whole experience. However, that one day of apple bonging will be worth it. Also, avoid eating it after you’ve used it as a bong – definitely not a good idea.

Now it’s time to enjoy your apple bong. Have a beautiful day. 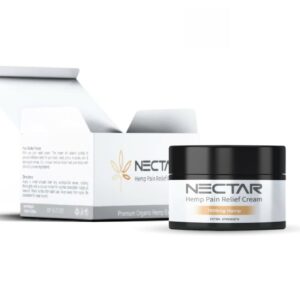