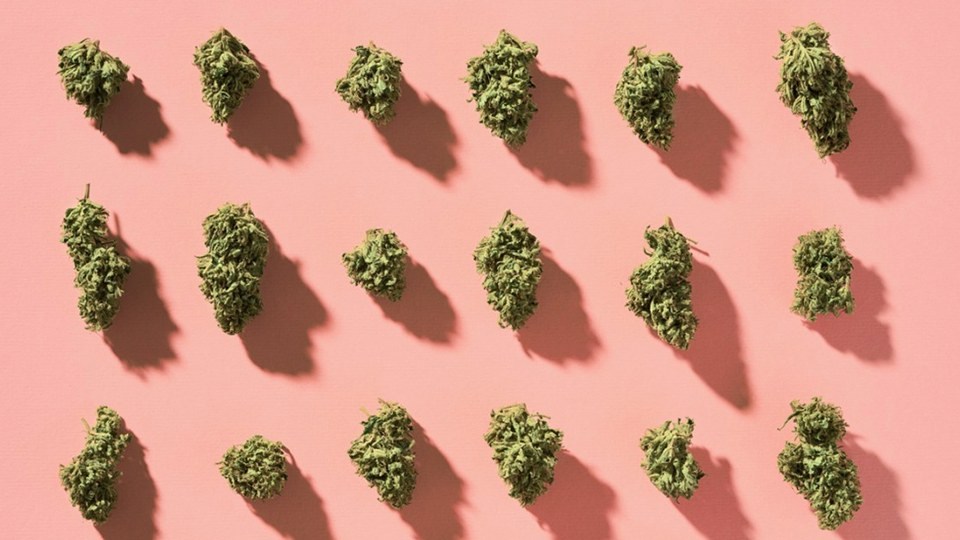 If you smoke weed then we’re sure you can relate to the satisfying feeling of rolling up a joint, lighting it and taking that first hit… it really seems incomparable to anything else. However, you may want to smoke weed but can’t due to health reasons or the fact that you simply don’t enjoy it. Well, not to worry as in this article we will be talking you through the many alternative methods there are to consuming weed without having to smoke it. To give you the best insights possible to the various methods that exist we will also be scoring each one in 4 categories – Convenience, Health, Flavour and of course, Efficiency as no one wants to be throwing away their bud. So, let’s get rating!

Now, before we can get into the alternative ways to consume weed without smoking we need to first talk about the most common smoking methods and why they may not be the best way forward, especially if you are a daily weed consumer. We will be discussing the 2 main categories of smoking weed, which are both harmful long term as they both involve inhaling smoke. Ultimately smoke is harmful to your lung health – whether it’s from burning wood, tobacco or cannabis; toxins and carcinogens are released from the combustion of materials.

Smoke from cannabis combustion has been shown to contain many of the same toxins, irritants and carcinogens as tobacco smoke. Another reason why it can be harmful is because weed smokers tend to inhale more deeply and hold their breath longer than cigarette smokers, which leads to a greater exposure per breath to tar.

You should also take into account that when a joint or blunt burns, the tip of it can reach 900°C – this heat combined with the toxins in the smoke can have impacts on your health. Research shows that smoking cannabis causes chronic bronchitis and marijuana smoke has been shown to injure the cell linings of the large airways, which could explain why smoking marijuana leads to symptoms such as chronic cough, phlegm production, wheeze and acute bronchitis.

Now that you have an insight to what smoking involves, let’s speak more about what these methods are. Of course there are other ways that you can smoke weed and if you want to find the best way then this article is definitely worth a read. As mentioned before, there are 2 main categories of smoking…

Although these are technically different methods of smoking, they all consist of the same kind of thing – inhaling combusted weed straight from the source. So, let’s talk about how you smoke a joint or pipe.

How do you smoke joints/blunts?

When smoking joints and blunts you would usually grind up your herb, place it in a paper or tobacco leaf, as well as a roach tip (filter made from rolled up card) and then roll it up; which can take some skill! Once you have completed the rolling process you can then light the tip and get smoking.

Although some prefer this method it does also have it’s negatives, the main one being the impact on your health. As mentioned before, the end of the joint can get as hot as 900°C which can be uncomfortable to smoke on your lips, but also for your insides as the toxins are slowly having an impact on your lungs and chest. This heat will also have a major effect on the terps from the cannabis, when smoking a joint you don’t get half the amount of flavour that you would if you were perhaps vaping the bud instead.

Putting health aside for a moment – let’s talk about efficiency. When we say efficiency we mean how much weed you are using for this method and how much you are actually getting out of it. Apparently the average amount of cannabis used in a joint is 0.32 grams, however some will use more like 1 gram per joint. Once lit, they are only delivering about 12% of the THC to the lungs. To give you some context, let’s compare this percentage to dabs – when dabbing you deliver 75%. In other words, it’s about 300% more efficient to dab, however, that is only one method and we still have much more to cover!

Now convenience wise, some may argue that this is a very convenient method, however, when you take into account all the tools that you will need:

A grinder, papers (or tobacco/hemp leaf), roach tips (for filters), a lighter and then you also need to have somewhere to actually roll up.

It is a lot to be bringing around with you which may not always be convenient, and it takes longer than other methods to actually get to the point where you smoke up. Also, if you are out and about it can be a nightmare to roll up when it is windy, so you also need to consider weather conditions if you plan on using this method outside. Here’s a quick tip – if you ever find yourself without a grinder when you need one the most then you can find the perfect solution here.

If smoking joints or blunts or even pipes are the methods that you enjoy then by all means, continue as you wish! We just want to make you aware of what these methods involve and the effects they may have on your health and wellbeing.

This category also involves combusted cannabis, however, it is slightly different to the one above as with bongs and bubblers you run the smoke through water first before inhaling it. Let’s first understand what a bong / bubbler is.

How do you smoke from a bong/bubbler?

First let’s discuss bongs – they come in all shapes and sizes. Some are very basic with just a bowl and chamber. Others are colorful, mouth-blown works of art. Ultimately, they all do the same thing: filter and cool the smoke that comes from the burning cannabis. Bongs generally feature a small bowl that holds dried weed. When you light the weed it combusts. Meanwhile, as you inhale, the water in the bottom of the bong percolates (in other words it bubbles) and the smoke rises up through the water, then the chamber, before entering your mouth and lungs.

A bubbler is very similar, it is more of a mix between a dry pipe and a bong as far as size and strength of the hit. What differentiates a bubbler from a bong is that a bubbler typically more closely resembles a pipe in appearance and function. Bubblers usually have a mouthpiece, a bowl, and sometimes a carb, just like a dry pipe does – they don’t usually have percolators like bongs sometimes do.

It is said that bongs/bubblers are healthier for you as apparently the water filters out all the ‘bad stuff’. If you’re looking for a smoother toke, a bong or bubbler will give you just that compared to smoking weed rolled in paper. As expected, the water in a bong/bubbler eliminates the dry heat you get from a joint. The effect is often described as being cooler and smoother rather than harsh.

This effect can be deceiving, though. While the smoother smoke might feel better on your lungs, you are still smoking. And that smoke is still filling up your lungs (since we just discussed the effect smoke has, we’ll spare the lecture on why this is all-around bad news for your health).

Despite this method being more convenient as you need less tools…:

…It still isn’t the most convenient as I doubt you will be carrying a bong out and about with you!

Of course, a small amount of the ‘bad stuff’ might get filtered out. But it’s not enough to make much of a difference. However as we mentioned above, if you are looking for a huge rip of a hit without the harshness then a bong is definitely the way to go – it just isn’t so good for you and isn’t so healthy. It also isn’t very efficient as most bowls hold anywhere from 0.2 – 1 gram, and you will still only be extracting the 12% as mentioned before. Although, flavour wise you should be able to get a slightly better taste profile as the water cools down the smoke a little, yet the terps are still pretty much wasted when they are combusted.

Now that we have covered what smoking weed actually involves, we can now move onto what the alternative methods to consume weed are! So far in this article we have found out why smoking weed, whether that be through a joint or bong, isn’t the best option to consume weed as in total if we combined their scores the method of smoking weed would only rate…

15/40 really isn’t the best score, therefore we want to talk you through how efficient, convenient and better for your health and overall experience these other methods are! Check out the next part of our article to find out which method for consuming weed without smoking is best for you here…