What is Synthetic CBD?

With the world of science developing more and more every single day, it’s probably no surprise to anyone that recreating a substance like CBD is very possible. Since a bunch of crazy, bearded men tried to clone Dolly the sheep in 1996, the world has never been the same. Whether it be vegetables, sheep, or cannabinoids – in the futuristic year of 2021, it seems that nothing is safe from being recreated synthetically. This brings up the inevitable question, is it safe? Well, in 2003, Dolly had to be euthanized due to terminal diseases. Was her death anything to do with the fact she was cloned? Is cloning or synthetic recreating safe? Well that’s exactly what we’re going to be looking at today. We’ll be delving into the differences, positives and dangers between synthetic CBD and natural CBD.

The cannabis plant is a lustrous and beautiful creature. However, it is also a complex one. So let’s work it out together. CBD is one of the most prominent cannabinoids within the cannabis plant. Cannabinoids are compounds that make up the plant; there are over 400 of them. The two most well-known are CBD and THC. THC is psychoactive, which means it gets you high, whereas CBD is not psychoactive and thus does not. As more research has gone into cannabis, although there is definitely more to be done, scientists and politicians have begun to realise that CBD and THC are very different. Because of this, CBD has started to be legalized all over the world; even within the UK. Although THC is still very much banned, CBD and its benefits have started being recognised by the snooty British. So, what are these benefits? 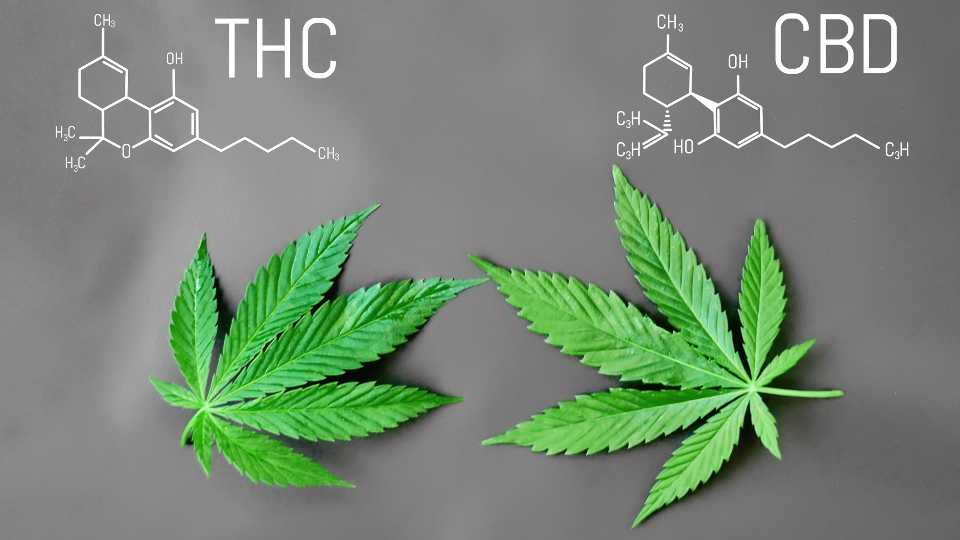 The Benefits of CBD

Whilst CBD is not psychoactive, meaning it does not alter one’s reality, it does still have effects. Whilst some institutions won’t take CBD and its benefits seriously, there is solid gold proof that they do exist. In 2018, the UK legalized CBD use in hospitals after realising that it could have positive influences on certain patients. Researchers believe that CBD may alter the way the mind’s receptors respond to serotonin. Let’s take a look at what CBD can be used to treat:

What is Synthetic CBD?

The word synthetic literally means ‘made by chemical synthesis, especially to imitate a natural product’. Therefore, synthetic CBD is essentially just normal CBD, but it’s made by – in the words of Jesse from Breaking Bad – ‘science b****!’. Evidence seems to show that synthetic CBD is completely identical to that of normal CBD, except the way it is made is of course different. But after the Dolly the sheep incident, you can’t blame people for pondering whether synthetic CBD is actually the same as normal CBD. Although synthetic CBD bypasses the legal issue of the cannabis plant, the concern is whether this bypassing might have some slight alterations. Let’s take a look.

How is Synthetic CBD Produced?

Before we can fully comprehend how synthetic CBD is produced, let’s first just remind ourselves how usual CBD is made. CBD is of course extracted from the cannabis plant, but how does that work? There are a few methods to do this but the most common one is referred to as ‘CO2 extraction’. This process works by carbon dioxide passing through the raw plant and naturally extracting the best terpenes; including CBD. The issue with this process is the legal situation. In some countries, the cannabis plant is illegal. Therefore, finding a way to produce CBD without needing the cannabis plant involved is exactly how synthetic CBD came into being.

So how the heck is synthetic CBD made? Or, in other words, how is this crazy, scientific cannabis substance made without using the beautiful Mary Jane plant? Well, instead of coming from the cannabis plant, synthetic CBD is made from base materials and is involved in a chemical process.

What are the Benefits of Synthetic CBD?

Before you can make a decision on whether synthetic CBD is a good or bad thing, you must first weigh up the positives and the negatives. Let’s first take a look at the positives.

The first benefit of synthetic CBD is also the main reason for its creation. This synthesised substance is able to be created without including any of the parts of the cannabis plant that are – in many countries – illegal. For example, THC. Essentially, synthetic CBD bypasses the legal system, and creates only CBD – which can then be used for medicinal purposes. In fact, synthesised CBD has a 99.5% purity rate, which is far more than normal CBD. This is a huge benefit to those living in countries that have stagnant laws on cannabis. In the UK, any product which contains more than 0.2% THC is deemed illegal, therefore the more precise the process can be, the better. Many athletes have due to this issue.

Oddly enough, synthesising substances can sometimes be easier than the natural alternative. For example, both vitamin C and vitamin D are not naturally produced either. They are chemically engineered in a lab. Thus, instead of needing to come from their natural origin (sunlight and fruit), they can be perfectly engineered by scientists. This is the same with synthetic CBD. Without needing to grow cannabis plants to create the cannabinoid, producers are able to save time and money.

What are the Negatives of Synthetic CBD?

Now let’s take a look at some of the more negative factors within synthetic CBD.

The first and most documented issue with synthetic cannabis is ‘spices’. Spices are, essentially, alternative, legal highs to cannabis. You might find these in a street-market shop in Camden, for instance. Scientists mess around with the formula of usual cannabis to try and create a recipe that hasn’t yet been made illegal. Then, once it inevitably is made illegal, they simply mess with the recipe again, create a new spice, and call it something different. This leads to some dodgy and dangerous recipes. Many people have documented feeling nauseous, anxious and sometimes very very ill after taking spices. In addition, sometimes synthesised cannabis can be 100 times more strong than usual THC. However, spices are of course THC-replicas. They are not CBD replicas. Spices give synthetic CBD a bad name because of their past. The truth is, spice is not the same as synthesised CBD, but it’s not completely ridiculous to be concerned – they’re both synthesised cannabis afterall.

Another issue with synthetic CBD is the precedent it may set. The fact that a natural plant, which has grown naturally on this plant for centuries, can be made illegal is nothing short of ridiculous. The fact that synthetic CBD even needs to exist is therefore also ridiculous. If CBD can help people medicinally, then we shouldn’t need to bypass its natural production just to make sure its legal. If processes like this keep happening, it could set a dangerous precedent for the future. The ideal situation would be a world where cannabis was accepted, and all parts of the plant were also legal. Instead, we have scientists trying to find legal loopholes. 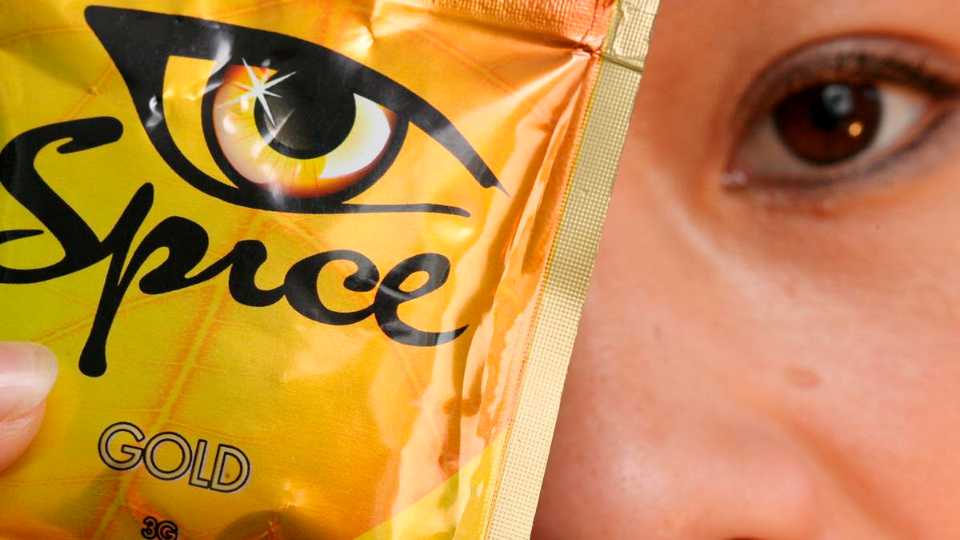 Will Synthetic CBD Take Over the World?

So, the only question that is left to ask is, will synthetic CBD become more common than natural CBD? Well, the truth is, at the moment, yes. If cannabis laws around the world are going to remain as they are, then synthesised CBD might be the only way to get medicinal cannabis to those who need it most. It’s a shame of course, but it might be the only solution. I suppose the only danger is that this becomes a precedent and the government simply moves further away from accepting the cannabis plant for what it is; just a plant.

So, what do you think? Is synthetic CBD a positive substance, or is it negative?

Let us know on our social media platforms.

Article Name
What is Synthetic CBD?
Description
With the world of science developing more and more every single day, it’s probably no surprise to anyone that recreating a substance like CBD is very possible. Since a bunch of crazy, bearded men tried to clone Dolly the sheep in 1996, the world has never been the same. Whether it be vegetables, sheep, or synthetic CBD - in the futuristic year of 2021, it seems that nothing is safe from being recreated synthetically. This brings up the inevitable question, is it safe?
nectar medical vapes
Publisher Name
Nectar
Publisher Logo