Choosing a TV show to watch is difficult at the best of times, and when you’re high that’s no different. So, why is it so hard? Well, it’s a big commitment. The average TV show episode lasts 40 minutes and has at least ten episodes. In addition, a TV show might sway your emotions the wrong way; It could be the difference between a good high, or a bad high. That’s why you have to be extra careful when choosing a TV show, and that’s why you need to know who’s advice to trust. How many times has someone recommended a TV show to watch and it’s been bad? All the time. So, we at Nectar have done our research, spoken to many people, taken our own preferences and combined them all in order to create: the top 10 stoner tv shows. Some are old. Some are new. They all come under different genres, so there’s something for everyone. But there’s no doubt that these shows are the best of the best. So, here we go.

Click here to check out or top 10 stoner films. 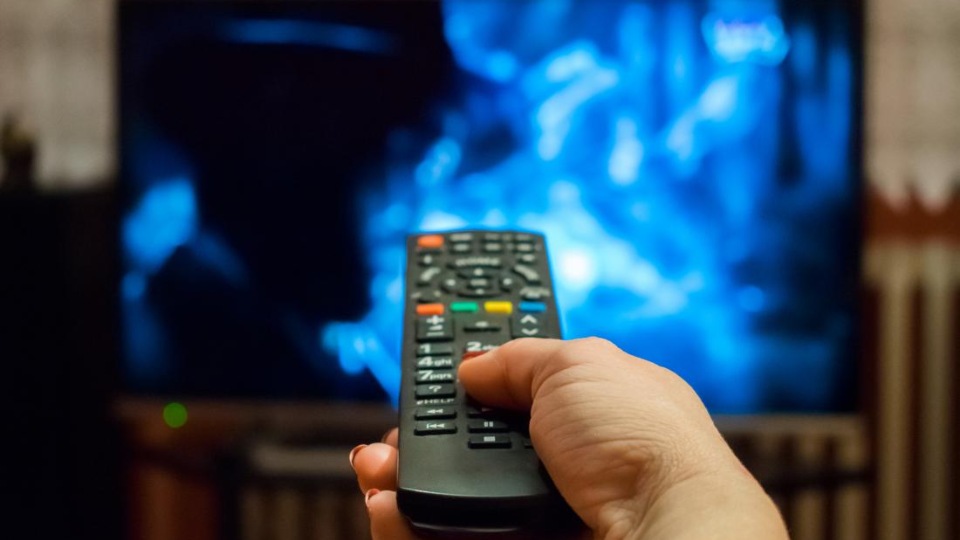 “I love you, Beck, and loving someone means you’ll do anything for them.”

You is a Netflix TV show, starring Penn Badgley and Elizabeth Lail, and has three seasons waiting to be watched. The show is a psychological thriller and follows a man as he does everything he can to be with the woman he ‘loves’. This series seriously delves into the ‘nice guy’ facade and proves that weirdos and creeps don’t always look like the stereotypical version or what that is. Instead, they pretend they know what’s right for you, they pretend they care about you, when actually they’re spying on you, following you, and hurting any competition that gets in their way. Have I said too much? No. Sit down with your weed vape and start watching. This is almost too binge-able.

Squid Game is Netflix’s most watched show ever, with 111 million views. So, that should be enough of a reason to make you watch it. It’s also one of the first South Korean shows to be produced by Netflix, and the genre-style that this brings is matched by none. The series follows a group of desperate and poor people as they decide to join a competition, where they play kid’s games for a huge cash prize. The winner comes away with the money, the losers die. The show keeps you on the edge of your seat throughout, and sort of makes you wonder whether you too would stay and play the game. Yet again, with this show, you may not get out of your seat until it’s finished. Maybe even consider getting some CBD gummies to calm you down after.

Succession. Succession. Succession. What an incredible show. If you’re someone that still is yet to watch the first 2 seasons of this, then you are the lucky one, because by the time you’ve watched both of them the third one will be out and ready to binge. Succession follows a rich American family, the Roys, who own the biggest media and entertainment company in the world. Essentially, a fictional version of the Murdochs. You watch the family compete with each other for power and respect from the father, Logan Roy, and you watch just how elitist and ignorantly careless the top 1% can be. They are a family you detest, yet you sort of love them at the same time. The show is hilarious, Shakespeareanly tragic, and unbelievably tense. Plus, bonus points, the writing team is the same as Peep Show. Get some THC or CBD and sit down and watch this absolute masterpiece.

“Nobody exists on purpose. Nobody belongs anywhere. We’re all going to die. Come watch TV.”

Rick & Morty is probably one of the most crazy, exciting and creative animated tv shows since South Park. It was essentially made for stoners. The show follows a kid (Morty) and his mad, scientist grandfather (Rick), as they go on wild adventures through time and space. What makes this show so philosophical and engaging, is that each episode tackles some sort of existential question. After each episode you’ll be left thinking: life’s futile, yet there’s freedom in at least knowing that. The show is also dangerously hilarious and feels like a warm, yet interesting, cuddle – especially if you’re baked.

If you’re looking for an epic TV show that will make you feel like you’re part of a world war brotherhood, then Band of Brothers is the one for you. The show follows the Easy Company, part of the 2nd Battalion, as they go through the devastating brutal and heartbreaking war. The scenes are incredibly filmed, and based on real events. Plus, you follow the characters and members of Easy Company for 10 long episodes, and can’t help but desperately hope that all of them make it until the end of the war. An incredible performance from Damian Lewis and many other well-known actors make this show one to watch. You know what to do. Get your bud, get a duvet, and enjoy.

I May Destroy You

“We’re all somewhere on a line. Sexuality’s a spectrum. We’re all on the spectrum.”

I May Destroy You, Michaela Coel’s self-written masterpiece, may not be an easy watch, but it’s definitely an essential watch. They say cannabis opens the mind, well this show does the exact same. I May Destory You follows Arabella and her friend’s lives as she deals with the PTSD of sexual assault. The show tackles themes of consent, race and intersectionality. If you want to be educated in the world of today, then this show is an absolute obligation. Michaelea Coel’s writing is hilarious, tense and incredibly honest. Munch an edible, and watch one of the most essential TV shows ever.

Next up, we have the best sit-com to have ever blessed our screens: Friends. Friends was an American TV show that lasted 2 seasons and 236 episodes over the years of 1994-2004, and follows the lives of 6 friends in New York as they struggle through their mid to late 20s. Friends is a coming of age show that everyone has simply got to watch at some point in their lives. It’s laugh out loud funny, heart-breaking and more binge-able than a bucket of sweet and salted popcorn. Ross, Rachel, Monica, Chandler, Phoebe and Joey are the best 6 friends that will go down in history. If you’re one of the few that’s yet to watch this series, then sit down, heat your vape, and bathe in the beauty of Friends.

“They showed themselves, the top 1% of the 1%, the ones in control, the ones who play God without permission. And now I’m gonna take them down.”

Mr Robot is a show that we, partially, wish was true. Whilst hackers like Anonymous do exist, they perhaps don’t have the sort of power and ability as Mr Robot. The show follows a nerdy, troubled hacker, who takes it upon himself to take down the baddies of the world. However, we’re left wondering why he wants to do this, and what in his past is haunting him. The show makes you triple guess, leaves you dumbfounded, and has a spectacular performance from Rami Malek. If you’ve ever wanted to see monopolies and conglomerates get hacked, then this is the show for you. Enjoy some weed, and attempt to resist wanting to learn how to code.

Want to find out the best way to smoke weed? Click here.

“I am not in danger, Skyler. I am the danger”

Breaking Bad is a 5 season extraordinaire and one of the best pieces of television to come out in the last decade. Breaking Bad is all about a chemistry teacher who realises he’s terminally ill, and decides to start selling crystal meth under the name Heisenberg, with his student: Jessy. However, as the journey goes on, he becomes so involved in the drug trafficking world that he himself transforms into someone he never thought he’d be. The performances of Bryan Cranston and Aaron Paul are spectacular and the dynamic between the two of them is hilarious and heartbreaking all in one. This show will destroy you…in a great way. You know what to do. Get the weed and get your Netflix subscription.

“Women are born with pain built in. We carry it within ourselves. Men have to seek it out.”

Fleadbag is a British TV show, written by and starring , that is based on her Edinburgh Fringe play in 2013. The show follows a woman living in London who runs a cafe, and is dealing with the tragic death of her best friend. The show is navigated and narrated by the main woman, who constantly turns to camera and tells us the hilarious and cuttingly truthful thoughts she has on the world around her. It’s genuinely unlike anything television has ever seen before, and this is perhaps why Phoebe Waller-Bridge has now become such a popular, house-held name. It even has appearances from the loveable and talented Andrew Scott and Olivia Colman. This show is a must-watch. If you’re a woman then you’ll find it deafeningly relatable, and if you’re a man you might learn a thing or two. 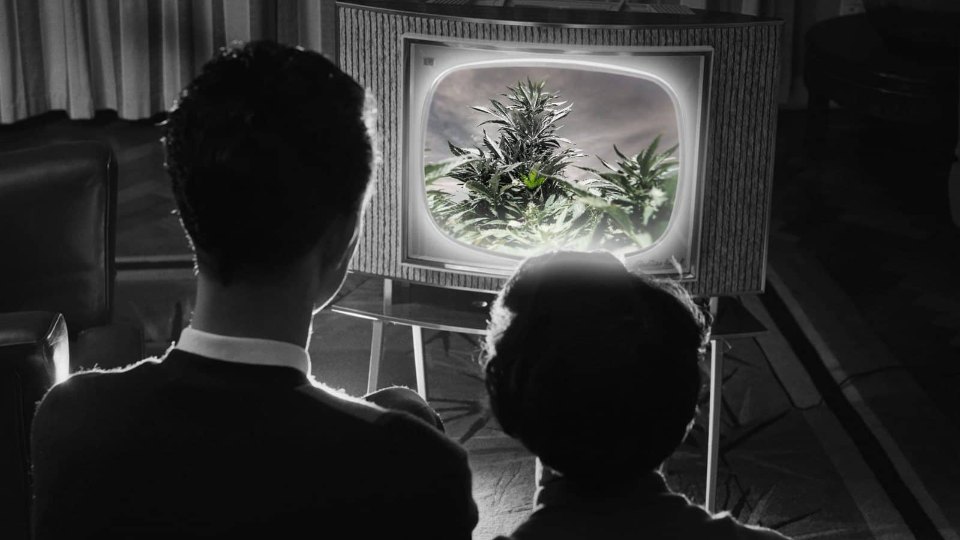 That is all for now.

In the meantime, check out our dry herb vapes here to add to your stoner experience.