What Would the UK Be Like If Cannabis Was Legalized?

Have you ever sat and daydreamed about a better world? Have you ever dreamt of being on the moon, or lying on a beach in the sun? Have you ever wondered what the UK would be like if cannabis was completely and totally legalized? Well, although that might seem like a long way away, it doesn’t mean we can’t envisage a world where this is the case. For some countries on Earth, cannabis legalization is a reality, whilst for others, it’s miles away. The UK cannabis situation may not be as doom and gloom as some may like to think, but it’s still nowhere near the likes of California and Amsterdam. So, what would the UK look like, feel like, smell like if cannabis was completely legal. Us at Nectar have put our heads and research together to answer this question. Let’s delve into this utopian, imagined world.

Before we can delve into our imagined world, we first need to understand what the UK legal cannabis situation looks like right now. The UK is far from leading the charge in weed acceptance, but to be fair, they aren’t completely off the mark.

CBD products (like CBD edibles) are legal in the UK and easy to get hold of. In fact, any substance that contains less than 0.2% THC in the UK is available to purchase. Anything above is illegal, unless it is medicinal. Medical cannabis has been legal in the UK since 2018. It was spurred on by various cases, which proved the necessity for many people of cannabis treatment on their conditions. One specific case was Billy Caldwell, who desperately needed cannabis oil to treat his epilepsy. His mother had to travel to Canada in order to retrieve it and was heartbroken when the medicine was taken from her at Heathrow airport and her son, subsequently, almost died. After this, and other examples like this, medical cannabis was legalized. However, to assume that’s the main reason the government decided to legalize this type of cannabis would be naive. The UK is now the biggest exporter of medical cannabis in the world, producing up to 44.9% of the world’s exported cannabis. However, people are still finding it hard to get a prescription to medical cannabis in the UK despite this exportation increase. Evidently the pharmaceutical companies are more concerned about foreign money, than domestic health.

As mentioned earlier, recreational purchases of THC products are illegal in the UK. In addition, patients have to go to private doctors if they wish to get cannabis prescriptions due to the NHS not offering it. Even possession of illegally bought cannabis, despite it being used for medicinal purposes, will be prosecuted by the UK government. This means that for the majority of people who are unable to afford the extortionate cannabis prescription prices, they are at risk of being sentenced by the police. However, the Cancard has been put in place to help assist individuals in this situation. Nonetheless, recreational cannabis in the UK is illegal, possession is illegal, cultivation is illegal, and even medical cannabis is not always the easiest to get a prescription for. Therefore, the UK would be a very very different place if cannabis was suddenly completely legalized. But what would it really be like?

If you want to find out if you're eligible for the Cancard, then click here. 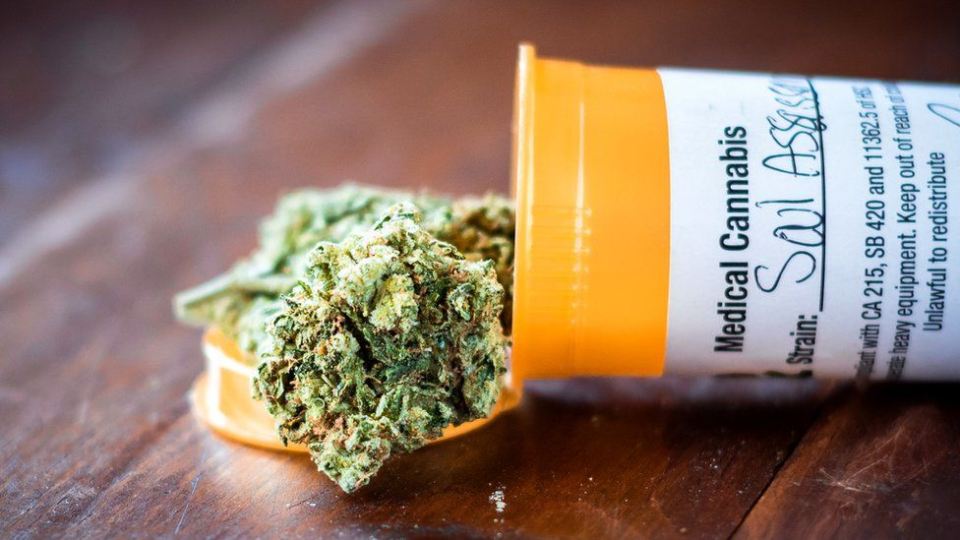 So now we have a better idea of what the UK looks like today, in regards to cannabis, let’s use our imaginations to envisage a different reality. A reality where cannabis is completely legal. What would that look like?

In this new, utopian UK, cannabis would be both recreationally and medically legal and easily accessible.

Medical cannabis would be completely legal and easily accessible. This means that all cannabinoids - including both THC and CBD - would be easily prescribed to any patient that needed it for their condition. This would not only be for physical issues, but also for less-defined mental illnesses too. In this new UK, medical cannabis would be free on the NHS, and the research done into the benefits of it would be far more extensive than they are now. There would be specialist doctors whose sole purpose is to find new and exciting ways to utilize the benefits of this incredible plant.

Not only would medical cannabis be legal and easily accessible, but this would be the same with recreational cannabis also. The model would be much the same as Amsterdam and California, where there are specialist coffee shops and dispensaries which sell freshly grown, and exported cannabis. Amsterdam has over 160 coffeeshops, whilst California has over 1000 dispensaries. London would be similar, with a combination of Dutch coffeeshop culture, mixed with medical cannabis dispensaries like in America. Due to the amount of competition, the price of weed would be low and there would be a huge amount of variety - this includes cannabis concentrates as well as just cannabis buds.

Individuals would also be allowed to grow cannabis in this new UK we’re creating. The model would be, again, similar to that of Amsterdam where it’s legal to grow 5 marijuana plants for recreational purposes. In good conditions, the average grower can get 500 grams or 17.5 oz per cannabis plant. If any individual wanted to grow more and sell it, they would need to create a company and apply for a license. This would be promoted by the government as fresh and healthy competition would lower the price of cannabis and improve the quality. In addition, cultivation would be the best in the world, and would lead to the best growers and research in the world. This, as mentioned earlier, would mean that all the cannabis plant had to offer would be trialled and tested. All the wonders of weed would be revealed to everyone.

The government in this new UK would have to be a liberal, cannabis-accepting party. The Green Party, who are most well-known for their cannabis legalization policies, state that they desire: “To end the prohibition of drugs and create a system of legal regulation to minimise the harms associated with drug use, production and supply as part of an inclusive, supportive, socially just society”. Looking at these policies, perhaps it would be them? Furthermore, you’d assume that any party who were accepting of drugs, would also be fighting for other liberal issues: like climate change, gender politics and racism. This new UK is starting to look even better, isn’t it?

However, that’s not to say that well-being and morality is the only thing that would drive cannabis legalization. There is of course a lot of money in cannabis. The Netherlands earn around 400 million euros a year in tax revenues from the sale of cannabis in their well-known coffee shops. This would be the same for the UK. This money would then go back into the state and benefit education institutions and hospitals. Perhaps this tax could go towards offering free university fees once again?

In addition, cannabis-related crime rates would go down due to the fact that possession would be decriminalized. This would hopefully make the dark-web and street dealings a safer place. In fact, street Dealers selling cannabis would be basically non-existent, considering it would now be easily accessible and legal - with a licence. Simon Kuper for the Financial Times states: “the authorities didn’t think that blowen (Dutch-English slang for pot-smoking) was more dangerous than alcohol or coffee, and even if it was, they thought Prohibition would simply create business for criminals”.

In this new UK, cannabis legalization would also affect society. Lots of conservative parents would have you believe that cannabis legalization would lead to every child in the UK smoking weed constantly. The co-director of the Drug Policy Research Center at the Rand Corp fears a world of weed legalization, stating: "do we know how to keep kids from drinking alcohol? No, we don't. So why would we expect we'd be any better at it with marijuana?" Click here to find out more on these thoughts.

However, the truth is that this is a classic mistaken view. In fact, after cannabis was decriminalized in Holland in 1976, weed smoking didn’t increase. If you’ve ever walked around Amsterdam then you’ll notice that the majority of people smoking weed are the tourists, not the locals. And of the locals that do, they’re doing it in a safe, and laid back manner. Unlike the tourists, who are usually running about, throwing a whitey. By educating a society in the positives and negatives of a drug, rather than pretending it doesn’t exist, you take ownership of what people know. Therefore, in this new UK that is accepting of cannabis, those who use it will be those who understand it for what it is. They won’t any longer feel that buzz of consuming something that is illegal and ‘badass’.

This new UK that we’ve created in this article may seem like decades, maybe even centuries away. Complete weed legalization in the UK is not something that anyone can see happening in the near future. However, there are evident signs of improvement, and that is something we can all cling on to. In addition, by building an idea of the cannabis-accepting world we want to live in, it means we will be prepared for it when it inevitably does happen one day. You just have to sit and wait.

In the meantime, why don’t you check out our dry herb vaporizer products here.