Is Weed Legal in America?

Weed in America has a vast, fruitful and complex history. It began earlier than you may imagine and then grew with small social groups. Just as the USA grew internationally through the birth of Hollywood and the ‘American Dream’ idea, as did cannabis. It began to be linked to Jazz music and the beet generation, and was part of a whirlwind of free-world attitude. However, much like many other countries, this growing zeitgeist was not liked by everyone. And as usual, it was those in power who did not like it. Therefore, soon enough, weed was illegalized throughout the whole of America. And now, much like in the UK, it’s a complicated subject. The 50 states of the US all have differing views on weed – some accepting their medicinal advantages, and some not. In this article we are going to be looking into whether weed is legal in America. We’ll look into the history of weed in America, the specific cannabis laws, the different states and their views, and the future.  If you’re left wondering: where is weed legal in the world as a whole? Then make sure to check out our other articles. As always, strap yourself in. Let’s go!

History of Weed In America

The Downfall of Weed in America

To understand the present, let’s take a brief look at the history of weed in the United States. What seems to be a common thread in the history of weed in most countries is that it starts being used commonly, and then is made illegal in the 20th century (usually because it gets unfairly linked to a political movement or social group of some kind).

So what is the history? It began as early as 1619, when Virginia passed a law to make it mandatory for hemp to be grown in every farm in the colony. You might be thinking: what is hemp? Well, quick little lesson coming right up: hemp is a plant that derives from the marijuana plant, but has far less THC. Today Hemp is also used in edibles, like our hemp extract gummies. Back then it was a great source of revenue for America, and was used industrially as it could create materials perfect for making rope, cloth and paper. However, as time went on, cotton replaced hemp and it lost its value. A hemp t-shirt just wasn’t as comfortable as a cotton t-shirt.

Nonetheless, the hemp plant’s twin, the marijjuana plant began to increase in popularity as it began to be used medicinally. In fact, if you were in the US in the years between 1870-1930, you wouldn’t have had a problem picking up some of mother nature’s sweet herbs from any local pharmacist. And weed then began to be used more recreationally in the 1920s when the price of alcohol increased, and it was a cheaper option for people.

But then the Great Depression of the 1930s hit. America was full of unemployment and subsequently resentment for the Mexican Immigrants who had come over in the beginning of the 1900s began. Many studies began making links between weed, Mexican immigrants, other lower class communities, and crime. In 1937, the Marijuana Tax Act was passed, which criminalised the drug. Then in the 50s, laws were put in place to sentence those in first-possession of weed to 2-10 years imprisonment, and a fine of up to 20,000 dollars. The tide was really beginning to turn. Weed in America was illegal and criminalized.

The Resurgence of Weed in America

So how did America get to a place where at least some states allow for medicinal use of  cannabis? Well, things did start to shift. Unfortunately, the reason for this shift was an appropriation of marijuana from the jazz culture by the beatnik generation. Another quick lesson coming your way: the beatnik generation were the American beat poets of the 50s, people like Jack Kerouac. And It was this shift of weed into the white middle-class groups that brought it back into the mainstream and helped cause a repeal of the previous mandatory minimum sentencing in the 1970s. From this moment on there was a back and forth tug of war between American Presidents who wanted to ban drugs all together (such as Bush and Nixon) and others who progressed weed’s legality (such as Carter). But nonetheless, slowly weed began to be allowed for medicinal use in certain states in the US. A big moment was when, in 1996, California voted for medicinal use of marijuana to be made legal. Put that in your pipe and smoke it.

So, where does America stand now when it comes to legalizing weed? The most recent development was in December 2020 when the house passed a bill to decrimnalize marijuana.  The House of Representatives voted in favour of the Marijuana Opportunity Reinvestment and Expungement Act, which would decriminalize cannabis and remove it from the federal Controlled Substances Act. Although It is highly like that the Senate will vote against the bill, this still shows a huge shift in the view of weed in America.

But what is the view of America on weed today? Well, it’s a little more complex in the US due to the fact that they have 50 states, all of which have their own laws when it comes to drugs. So to understand weed in America, you have to look at each of these individual states. 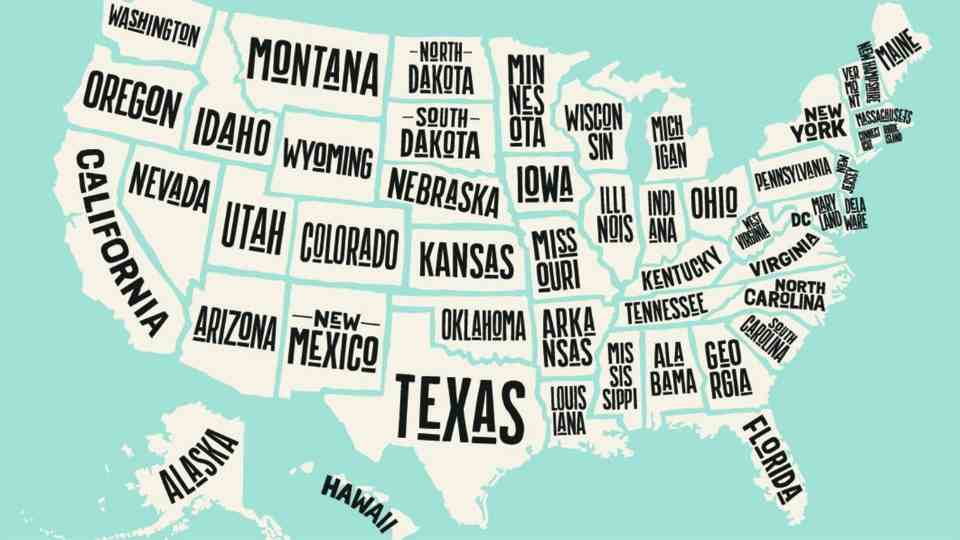 What Does the Future Hold For Weed In America?

Whether people smoke weed in a joint or place it in a portable vaporizer, the future of America’s relationship with weed looks, at least on the surface, a lot brighter than the UK’s. With 35 out of the 50 states in America having allowed medicinal use of marijuana, it seems evident that the US is moving in only one direction. Plus, more than 65% of Americans believe marijuana should be legalized everywhere. But of course, as we saw with Trump’s election, America is divided. California could not be more different from Texas. This means that whilst many states might slowly change their views, the 50-state nature of America may mean that it will take some time until the entire country makes weed completely legal. Maybe cannabis being allowed recreationally in every state is too high a goal. However, making cannabis legal medicinally in all the states would be a start. It’s a plausible goal for the youthful USA.

If you’re sat there wondering: is weed legal in the UK? Then why not check out our other article.

As always, thanks for reading. We hope you found this article enjoyable, and most importantly, educational.