The cost of weed in the UK is somewhat confusing at times. It’s hard to know when you’re being ripped off, and when you’re finding a blinding deal. For most people, they probably just use the common method of deduction: a tens is £10, a draw is £20, a 30-bit is £30 etc. However, this doesn’t necessarily bring us any closer to knowing how much we are actually getting for our money. How much in grams are we actually getting? The usual assumption is that a tens is around 0.8-1.2 of a gram. But as you multiply that up, it can get even more confusing. Plus, different parts of the UK often price weed differently. Not only that, certain strains can be more expensive than others. As if it couldn’t get any more confusing, there’s also hash and concentrates thrown in, which all come at varying prices. So, as you can see, the answer to the question: ‘how much does weed cost in the UK?’ Is not an easy one. That’s why we’re going to unpick it. Strap yourself in. Let’s go.

Weed Laws in the UK

Before we get on to the specific prices of weed in the UK, let’s first take a quick look at what the cannabis laws are like here. This will be an overview, if you want to learn more about the legal situation, check out our other article: is weed legal in the UK?

On the other hand, this bit of information might actually surprise you. Since 2018, medicinal cannabis has been legal within the UK. However, in classic British fashion, it is practically impossible to get a hold of a prescription unless someone has loads of money (£50,000 a year in some cases!). That is why the Cancard was released in 2020. This card acts as an ID for those who have been prescribed medicinal cannabis but are stopped by police for potential recreational possession. If you want to learn more about the Cancard, read here. Now you can feel safe and secure in using your medicinal cannabis without criminalisation. However, it should be noted that where medical cannabis is concerned in the UK, smoking isn’t an advisable or a recognised consumption method (in the eyes of your doctor). Rightly so! Whats the point in getting a Cancard to sort out a particular health symptom if we’re going to smoke and potentially cause more health issues linked to smoking, and hence so vaporisers are recommended.

It may also be the case that perhaps you would rather not smoke cannabis, due to the harsh effects it has on the throat, and additional toxins it produces when combusted. In that case, you may want to consider alternative ways of consuming cannabis.

Dry herb vaporizers are becoming more popular alternatives to smoking due to their health benefits in comparison to smoking. A dry herb vaporizer is a healthier way of inhaling dry herbs such as weed. Rather than using the process of combustion by igniting a cigarette/spliff which in turn causes the paper and the weed inside it to burn, a dry herb vaporizer or sometimes referred to as a weed vaporizer works more like an oven – heating the weed up (not burning it) and creating vapour which can then be inhaled. This process only reaches levels of up to 220 degrees which is lower than the point or combustion (burning) and therefore making vapour a lot less harmful to the body. 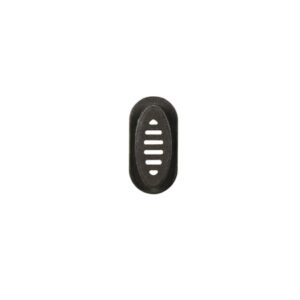 Weed in the UK

Despite all this, it doesn’t stop lots of people from enjoying the pleasures of marijuana. In fact, funnily enough, in 2016 the UK was the biggest cannabis exporter in the world. Furthermore, according to a YouGov poll, 43% of the British population believe that weed should be legalized entirely. Despite a slow legal reaction from the UK, the population most definitely do not mind a bit of weed now and then. And for those people, whether they buy off the dark web or from a dealer, it’s important to know how much weed costs. So let’s get on to it!

As previously stated, the prices of weed vary in the UK. But before we look at a few different places, let’s first just give an overall cost that you can expect wherever you go. However, there’s no hiding from the fact that if you decided to purchase marijuana in London it would definitely be more expensive than if you were in Leeds. We will look at the average price of buds, hash, concentrates and edibles.

This is an average price of flowers/buds in the UK. You may find variants to this, but as you can see, it’s a rough estimation. Cali weed can often be a lot more expensive, and that is because it’s been genetically messed with to try and create a crazier high. It’s also, supposedly, from California, but this can sometimes be a false claim.

Hash is definitely for the more esteemed weed smokers out there. Hash usually looks like a small, brown block. A bit like a mini hay stack. It’s often created by rubbing dried plants over a very fine mesh. To smoke hash you must first heat the block so that you can break some of it off to put in the joint or the dry herb vaporizer.

Cannabis concentrates are complex things, but they are essentially just different parts of the weed plant after being extracted and fiddled with. They are often very potent. If you want to know more about them, check out the article: the best cannabis concentrates guide.

Edibles are also a huge part of the weed-based product market. They come in many different shapes and sizes and have varied effects depending on the amount of THC and CBD they contain. If you’re looking for a relaxed, chilled experience, then look no further than these CBD gummies.

Weed Costs in the UK

We’ve looked at the general prices of weed products in the UK. Now, we’re going to go into more depth, focusing specifically on 3.5 grams of weed bud. 3.5 grams (or an eighth) is a good price to go off, as you can multiply up or multiply down to find out other prices. Let’s look at the prices for 3.5 grams of bud in various cities across the UK.

As you can see, the price of a London eighth is a lot more expensive than the price of a Leeds eighth. Although, if you’ve ever gone out drinking in these cities then that won’t come as much of a surprise to you; the extortionate prices of London are no secret. In fact, the sad truth is that London could collect up to £166 million in taxes if they were to legalize and tax marijuana. Another great reason for weed legalization.

Cheapest Weed in the World

But how about the prices of weed in other countries? We’re going to show you some of the cheapest places to buy an eighth of weed. If you don’t want to jump on a plane and travel around the world after this then you obviously don’t love cannabis.

All of these prices and more are shared on the 2018 cannabis price index.

Where Can I Buy Weed in the UK?

The answer to this question is, of course, controversial. Whilst usual THC weed is illegal in the UK, that doesn’t stop people from finding places to purchase it. The usual places that people purchase marijuana are from the dark web and from street dealers. Both should be done with caution and street-wise awareness. The benefits of the dark web is that there is more variety.

Despite the fact that CBD marijuana buds are still technically illegal, there are many CBD-based products which are legal. They are easy to buy and they all have various health benefits too. If you’re interested in trying hemp pain relief cream then look not further.

And there you have it. A full article on the prices of weed buds and weed based products in the UK. Whilst recreational weed is illegal in the UK, that doesn’t mean that people don’t still purchase it. Therefore, it’s important to know the prices so you aren’t ripped off. Knowledge is power.

As always we hope you found this article enjoyable but, most importantly, educational.