As smoking becomes less popular as time goes on – with more people realising the health repercussions – the smoking alternatives are increasing in popularity. Big smokers are turning to e-cigs and dry herb vaporizers for support in their quitting process. The one thing they all have in common is that they avoid combustion, which is what smoking entails and it is highly toxic. Instead they create vapour, which is much less damaging. However, sometimes it’s hard to know what the differences are between e-cigarettes and dry herb vaporizers. “If they both make vapour, then how are they different?”. This is the question we will be answering today. We will be delving into the mechanical differences of both types of vaporizer, as well as the reasons for using each one. We will also have a brief look into the history of both the e-cigarette and the dry herb vaporizer. Here at Nectar, we try and cover all the information you need to go into the world with knowledge about all things vaporizer. As always, strap yourself in. Let’s go!

Why Use An E-Cigarette Or A Dry Herb Vaporizer?

First things first, what’s all the hype over vaporizers? Well, smoking is becoming less and less popular. The act of burning a cigarette at around 900 degrees and then inhaling it into your lungs produces highly damaging toxins and fills your lungs with tar. That isn’t to say that this is new information, people have been aware of the damages that smoking causes for decades. However, it’s only now that there are so many viable alternatives.

Furthermore, the laws in the UK have slowly been making it less convenient for people to smoke. For instance, In 2003, the Tobacco Advertising & Promotion Act banned all cigarette promotion, advertisement or sponsorship. Although this was a huge turning point for anti-smoking laws, it’s hard to say whether the ‘Smoking Kills’ sign on each cigarette packet has much effect anymore. Another law was In 2007, when smoking inside was also banned in the UK. More importantly, smoking in pubs was banned, which was a place where many enjoyed drinking a pint and filling the pub up with smoke. It seems crazy to imagine a pub like that now, especially for anyone born in the 2000s. Nonetheless, people now can just go outside and smoke there. Although obviously, the amount of second-hand damage from smoking has reduced because of this. Truthfully, It’s hard to know exactly how much difference these laws have made, but they were a push in the right direction.

The real change may have come because of the viable alternatives. For so long people were told smoking was bad for them, and weren’t given anything else to fill the hole that a cigarette or a joint would leave. They may have been offered some horrible tasting gum and a little patch to stick on their arm, but not much else. Now, there are real alternatives. The E-cigarettes and dry herb vaporizers of the world have taken the world by storm. Now let’s take a look at how we can differentiate between them. 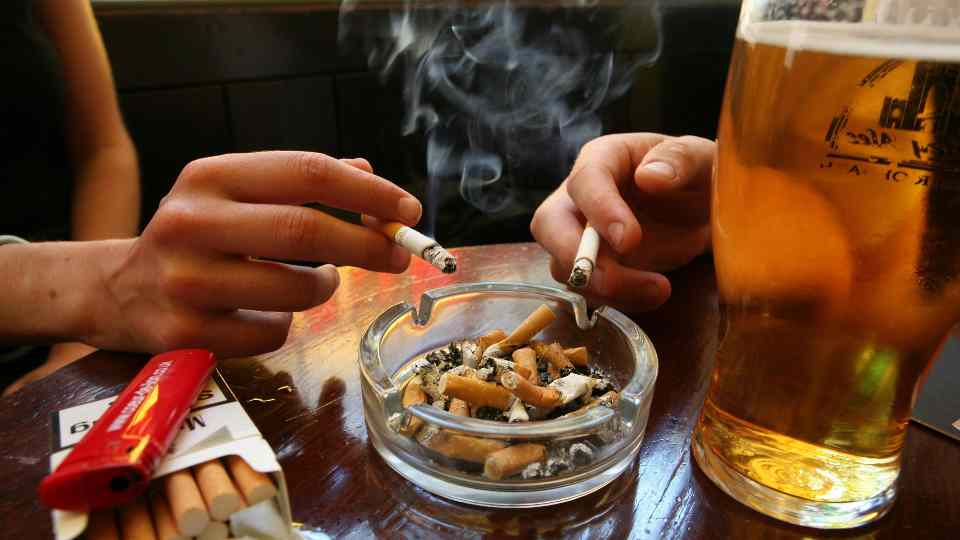 What Is An E-Cigarette?

The e-cigarette is a device – of varying shapes and sizes – which produces vapour from a cartridge which usually contains nicotine. It aims to replace the desire for a cigarette, with the desire for a less harmful device. Some look like electronic cigarettes (it’s in the name!), whilst others look quite a lot like dry herb vaporizers do.

What Is The Origin Of The E-Cigarette?

The closest thing to the e-cigarette was first devised in 1927 by the American Joseph Robinson who created the first mechanical butane ignition vaporizer. It worked much like a blow torch, but didn’t end up being very popular. However, it did begin a search for a healthier, more innovative type of inhaling nicotine. Then came, in 1965, an American called Herbert E. Gilbert. He created the first smokeless cigarette. It would produce flavoured steam without nicotine in, however again, this wasn’t popular enough to become mainstream. Smoking back then was just too cool and ingrained into society. It wasn’t until the 2000s that e-cigarettes began gaining real popularity.

How Does An E-Cigarette Work?

As previously stated, e-cigarettes come in many shapes and sizes. Some look like cigarettes, some look like pipes, some are very thin, and others look a bit like Doctor Who’s screwdriver. Nonetheless, they all work essentially the same. Electric cigarettes are battery powered, and they work by heating a liquid into an aerosol, which the user then inhales. The little aerosol tubes are what make them different to a dry herb vaporizer. Dry herb vaporizers have a little oven (chamber) inside where you place the dry herb instead of an aerosol tube. In the e-cigarette, these tubes are either replaced when they’re finished or some can be refilled. The liquid inside usually contains nicotine, propylene, glycol, glycerin, flavorings and other stuff. Nicotine, as you probably know, is the addictive drug found in tobacco.

What Are The Benefits Of An E-Cigarette?

Although e-cigarettes still contain nicotine, which can harm brain development, the amount is definitely reduced. Furthermore, a large part of the risk of smoking is the fact that the cigarette is lit at 900 degrees. This level of heat releases dangerous toxins into your body. Instead, e-cigarettes create vapour, which only heats at about 200 degrees. This reduction in heat makes e-cigarettes a lot less harmful. In addition, the road to quitting smoking is a long and sometimes painful one, but using an e-cigarette highlights an intent to begin that journey.

Who Uses An E-Cigarette? 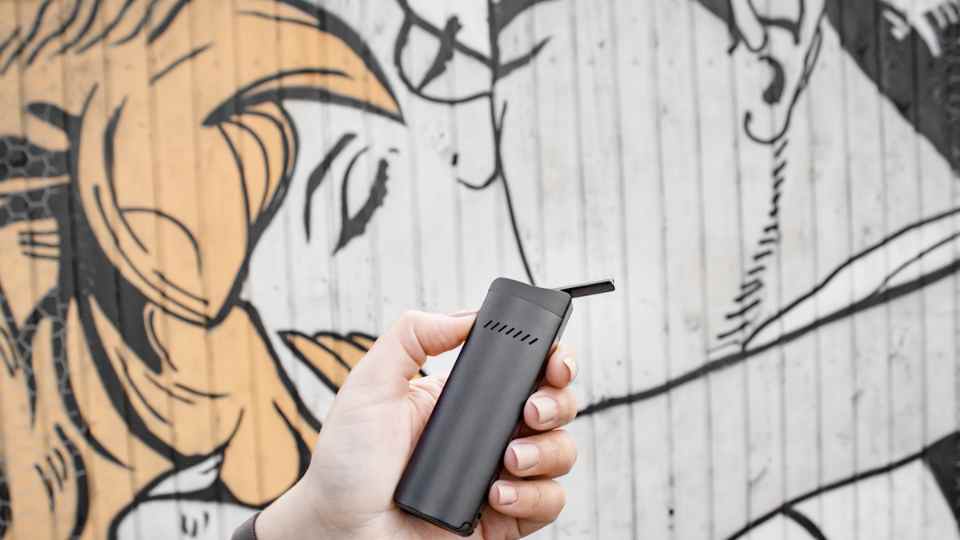 What Is A Dry Herb Vaporizer?

A dry herb vaporizer is a device that heats up dry herb or concentrates, creating vapour, which is then inhaled by the user through a mouthpiece. Similarly to the e-cigarette, dry herb vaporizers come in many different models. However, they all work mostly the same.

What Is The Origin Of The Dry Herb Vaporizer?

The origin of the dry herb vaporizer is more extensive than you may think. Some link it back to the Ancient Egyptians. If you want to know the full origin of the dry herb vaporizer why not check out our previous article: ‘a brief history of the vaporizer’. The act of heating up dry herbs or marijuana for inhalation was supposedly performed by Ancient Egyptians. They would place hemp seeds on top of red-hot rocks and inhale the vapour. Then came the hookah water pipe, or the shisha pipe, which similarly heated up dry herbs for inhalation. The shake & vape was then created in 1993, which was the first small, mobile version of this process. This then led to the dry herb vaporizers that we know today.

How Does A Dry Herb Vaporizer work?

What Are The Benefits Of A Dry Herb Vaporizer?

Who Uses A Dry Herb Vaporizer?

We hope you found this article enjoyable, and most importantly, educational. Don’t forget to check us out at https://www.nectarmedicalvapes.com/ for our products and more articles like this one. Until next time.

Article Name
What's The Difference Between An E-Cigarette And A Dry Herb Vaporizer?
Description
Sometimes it’s hard to know what the differences are between e-cigarettes and dry herb vaporizers. “If they both make vapour, then how are they different?”. This is the question we will be answering today. We will be delving into the mechanical differences of both types of vaporizer, as well as the reasons for using each one.
Nectar Medical Vapes
Publisher Name
Nectar
Publisher Logo