Most of us, except perhaps the lucky few, will have dealt with a hangover before. A banging headache, a need for more water than you’ve ever consumed in your life and the aching regret of something stupid you did or said the night before. These feelings are very common amongst people who drink alcohol regularly, and they are often seen to be one of the downfalls of drinking. But, what about weed? More specifically, what about weed hangovers? We know if you drink too much alcohol you may regret it the next day, but is it the same with cannabis? Although weed does not cause the same dehydration and hangover backlashes as alcohol, that does not mean it has zero after effects. Reaching any sort of euphoric state from any substance will surely have its downfalls as you slowly make your way back to normality. The saying what goes up must come down is a universal law so surely it’s applied to weed? Let’s take a look at whether weed hangovers are real and, if so, what they are and how they manifest themselves.

Before we look into what they might be, it’s probably quite important to discuss whether these phenomenes even exist! The definition of a ‘hangover’ is simply a feeling that exists after something from the past, such as a feeling of illness after drinking too much alcohol. The question is: are there bad feelings that remain after smoking cannabis the day before? As you may have guessed there isn’t a great deal of research on this, but there have been a few studies. Let’s take a look.

Weed Hangovers Are Not Real

Some evidence has shown that weed does not give enough of a hangover to be considered an actual hangover. A study from 1988 found that the hangover after the participants had smoked a single joint was very minimal. Although the people in the study had felt high, the feeling was gone by the next day. If we think about the hangover you get after drinking, it’s hardly something you can ignore. Sometimes it can last the entire day, maybe two days… maybe the week!

However, there were only 10 participants. Also, they only smoked one joint. As many of you will know, the severity of a hangover is reliant on the amount consumed. I’m sure for many people if they had a single beer, the hangover from that the next day would also be minimal. Therefore, most people who have claimed to have experienced this infamous ‘weed hangover’ are those who consumed more cannabis than just a joint.

Alternatively, there is evidence that shows that cannabis does have day-after effects.

In fact, a study in 1985 wrote that ‘marijuana smoking can produce residual (hangover) effects the day after smoking’. The participants took part in a task before and the day after, and they acted differently the next day, they found it harder to concentrate.

Also sleep deprivation can be caused – not just by alcohol – but also by cannabis. Much like the alcoholic hangover, a lack of sleep can add to the effects. According to a Penn Medicine Study, cannabis can lead to a less deep sleep, and thus sleep deprivation.

The truth is, if you’ve ever consumed quite a bit of weed in an evening, you’ll know that the next day isn’t exactly what it would be if you hadn’t. There’s a slight difference. Sometimes it’s a bit more than slight. Although it might not feel as harsh as an alcoholic hangover, it would be hard to claim that a weed hangover didn’t exist at all. We need to delve into exactly what that feeling is. 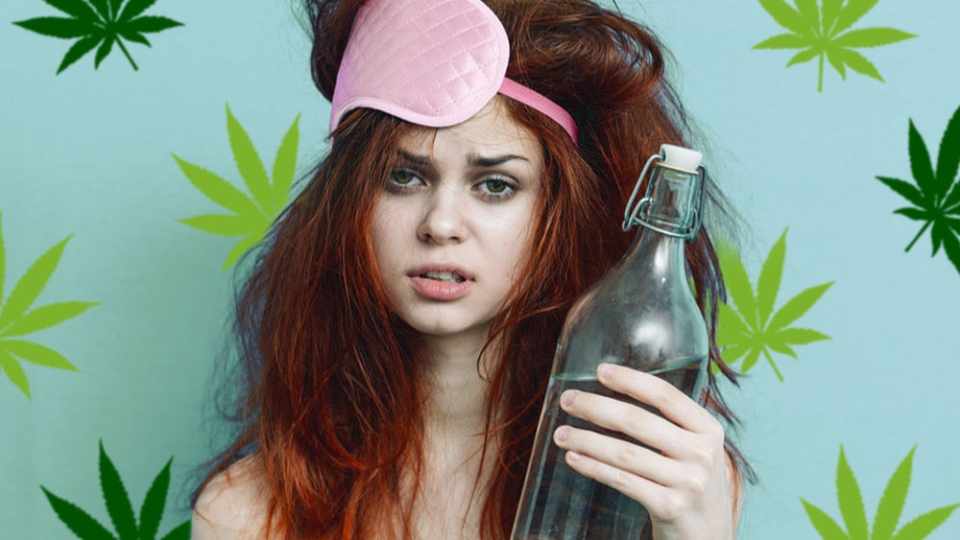 What Is A Weed Hangover?

So, we’ve established that maybe there is some truth in this weed hangover phenomenon. Obviously weed is an umbrella term for many different types. For example, weed with high THC will give you a very different experience to weed with high CBD. That is because THC usually gives the well-known ‘high’ we think of when we think of weed consumption. Whereas CBD is much more relaxed and gives less psychological effects. Because of the variety, we can’t claim to know an absolute truth about weed hangovers. But for some people, you may recall a tingly, foggy brained, residual feeling after a night of weed consumption. So what exactly is it?

What Causes A Weed Hangover

It’s hard to know for definite what causes a weed hangover, or what someone is referring to when they say they are feeling a weed hangover. One question to ask yourself is: how did you consume cannabis?

Often those who experience a hangover from weed have taken edibles. Because edibles are broken down in the stomach, it takes a long longer for them to get into the bloodstream. Therefore, perhaps that hangover feeling is actually a slow-burning high that is still active in the body after a night of edibles.

If you smoked weed in a joint or consumed weed using a dry herb vaporizer then there is a possibility that the THC is still in your system if the weed was high in THC. If you smoked the weed then perhaps the hangover feeling you have is also a dry mouth or irritated throat, especially if you didn’t drink much liquids the night before.

Signs Of A Weed Hangover

These symptoms may vary, especially depending on how often and how much you consume weed.

How Does A Weed Hangover Differ From An Alcohol Hangover?

The truth is, if you wrote out a list of the symptoms of an alcohol hangover vs a weed hangover, they would be very similar. Nausea, inability to focus, headache, dehydration, all of these would be on both lists. However, the feelings are still very different. Because alcohol is a liquid, and will quench your thirst for the evening, often water is forgotten about when drinking, moreover since alcohol also reduces how much vasopressin your body makes, which is an antidiuretic hormone that limits the amount of urine your kidneys make you tend to lose much more water over a night of drinking and therefore dehydration the next day is extreme. Furthermore, the amount people can drink pint after pint is such a higher amount than one would usually smoke, so the dizziness and nausea are also much more extreme. Nonetheless, the feeling of a weed hangover can hit hard. So before we go, let’s look at what you can do to avoid them, or at least make them a tiny bit better.

How Can I Avoid Weed Hangovers?

Before we go, let’s take a look at what you can do to avoid having a weed hangover. Much like the alcoholic hangover, there are always little remedies for easing the pain… 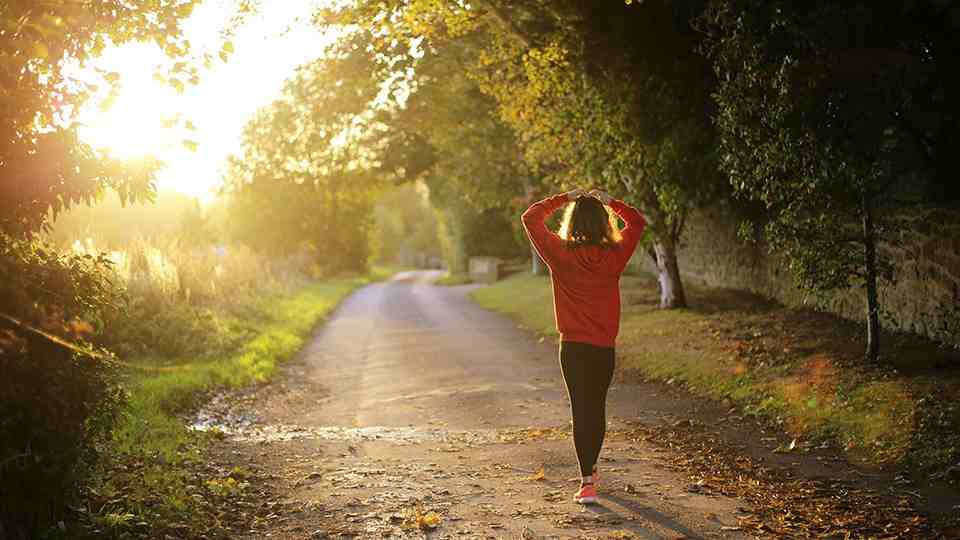 So, Are Weed Hangovers Real?

Weed hangovers seem to be about as real as alcoholic hangovers are. So yes. They are real but maybe not real enough to make you look like a brainless potato at work like an alcoholic hangover. Due to the fact that alcohol causes intoxication of various parts of the body and the fact that it essentially makes you urinate more frequently and lose more water, alcohol causes a much more extreme hangover. Perhaps that is why they are more widely talked about. That is not to say that weed hangovers don’t pack a punch. Weed hangovers have similar symptoms and similar remedies. Much like anything, it’s about moderation and it’s about circumstance. Try finding the type of weed that gives you less of a hangover, and try moderating your intake too. Other than that, enjoy mother earth’s natural herb.

As always, we hope you found this article enjoyable, and most importantly, educational. Until next time.

Article Name
Are Weed Hangovers Real?
Description
Most of us, except perhaps the lucky few, will have dealt with a hangover before. A banging headache, a need for more water than you’ve ever consumed in your life and the aching regret of something stupid you did or said the night before. These feelings are very common amongst people who drink alcohol regularly, and they are often seen to be one of the downfalls of drinking. But what about a weed hangover?
nectar medical vapes
Publisher Name
nectar
Publisher Logo