How did the Marijuana Holiday 420 start?

How did the Marijuana Holiday 420 start?

With the year 2020 behind us, and the year 2021 twinkling in the distance, many people will be wondering how this year will fare. Will coronavirus finally come to an end or can we expect another year full of lockdowns and pub closures? Another question many will be asking, is when will people be allowed to gather in groups again? The days of events seem like a distance memory. But whether we like it or not, time keeps ticking and the days of the week keep flowing. It is inevitable that like every other date the 20th April 2021 will come, and the question on many weed lovers mind is: will people get to celebrate 420? So today we’re gonna be looking back at the national weed holiday history, debunk the myths and figure out how it all started. As always, strap yourselves in. Let’s go.

Many will have heard the phrase ‘420 blaze it’ been spoken by fellow weed-lovers, and many will have celebrated it themselves, but for those who aren’t aware let’s look into it. 420 to many people refers to the date of the 20th April. And this day has become the marijuana national holiday. On this day people meet all around the world and enjoy the beauty of cannabis together (whether it be through smoking, edibles or using a dry herb vaporizer). For others, 420 is also a time of day, as in 4:20pm. And at this time they will come and enjoy weed together. And for some, 420 is more than a time or date, for them it’s a way of life. A political movement. A lifestyle that pushes against the establishment. We will be looking into this in further detail later, but for now, let’s look back at how 420 began. 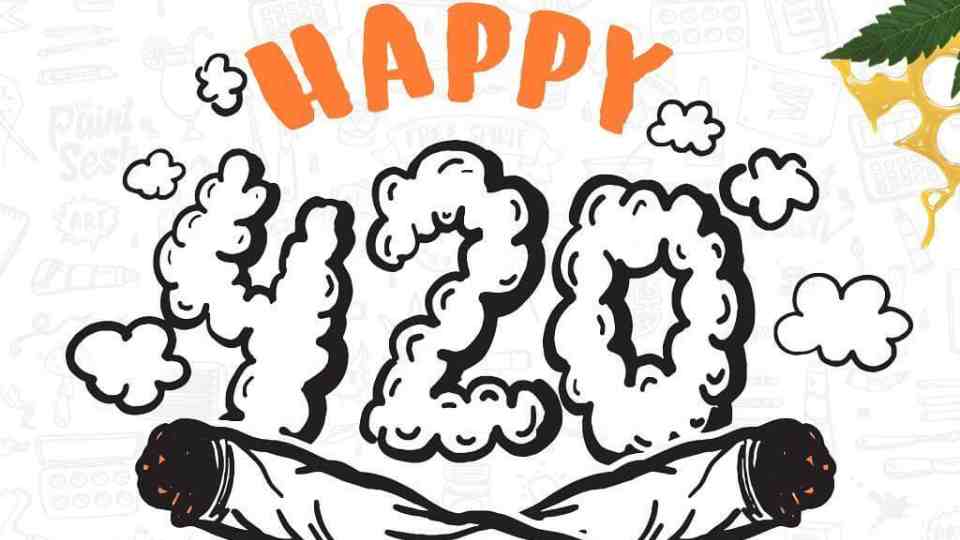 420 has become more and more widely known over the years, but it’s far from being part of the national curriculum. Weed is still illegal in many places so, unfortunately, 420 will not get anyone a day off work or school. Because of marijuana’s legal history, the 420 celebrations have more of a loyal following. It is a rebellion. But the birth of 420 is hard to identify. There are many myths of how it began and who started it, and some are more wild than others. There is one theory that sounds the most likely, but who knows? Take a look yourself and make your own mind up.

Some people believe that the term 420 originated from one of Bob Dylan’s songs. The song ‘Rainy day women number 12 & 35’ was the first track in Dylan’s 1966 album. There’s a refrain in that song which reads ‘everybody must get stoned’. This specific lyric and the cannabis significance of the 60s, is why people have selected this as a potential beginning of the weed holiday 420. But why 420? Well, the song is called ‘rainy day women number 12 & 35’… what is 12 x 35? Yep. You guessed it. It’s 420. Although this theory slightly sounds like when someone tells you to listen to a song backwards to hear for the devil’s voice, it is far from the weirdest origin belief of 420.

Another belief is that 420 was the penal code for marijuana at the California police. And seeing as cannabis is now recreationally legal in the state of California, people have looked at it as a potential 420 origin theory. However, on the flip side, there is no actual proof that 420 was a penal code at all.

Another reason for the term ‘420’ is the idea that it is named after the amount of active chemicals in marijuana. There are over 400 cannabinoids in marijuana, and some have decided that there are exactly 420. This is most likely incorrect as many scientists have claimed there are actually over 500. Although it’s incorrect, at least this theory tries to use science to back it up. However, this sounds like another attempt at finding a romantic origin story for 420, and alas, perhaps not the most believable.

A Short Novel – ‘In The Walls Of Eryx’

The next theory actually comes from the short story ‘In the walls of Eryx’ by H.P Lovecroft and Kenneth Sterling. Wow. Definitely the more academic of origin stories. The story was written in 1939, so it’s actually the earliest theory of the bunch. The reason for the theory is that in the short story the narrator appears to get high from ‘curious mirage-plants’ at around 4:20pm. Could this be the origin? The only issue with this theory is how widely known the story is and whether it had the popularity to start a national holiday for cannabis. Although, everything starts somewhere.

Perhaps the wildest of theories for the origin of 420 is this one. The 20th April is, funnily enough, also Adolf Hitler’s birthday. It’s not clear what Hitler has to do with marijuana, but hey, why not chuck this on the list as well!

The last theory we are going to touch on is the most likely origin story of 420. The theory was written by Steven Hager from the High Times and he claimed that the national holiday originated from a ritual that a group of California high school students had in the 1970s. The students would meet up every day at 4:20pm after school and smoke together. This ritual became increasingly widespread, and the term ‘420’ was used as code for this ritual. Eventually 420 was translated into the US calendar, which of course becomes the 20th April. And now, the day is seen as a national marijuana holiday. This theory has the most support, but what do you think? Perhaps you prefer the Bob Dylan origin story.

420 means different things to different people. For some, it’s a time to relax, chill, and enjoy the mellow feeling of a good high. For others, it’s a moment of politics. A time to stand up against injustice and push for weed legalization. But also, 420 for some is commercial. It’s a tourist attraction. A day to experience and take pictures of. However you decide to celebrate it, it’s helpful to know how others do too.

As we’ve seen, 420 became more mainstream in the later 60s, early 70s. And is tied into the counterculture of the 60s hippies, and anti-vietnam demonstrators. In America, it brings up images of Woodstock and Bob Dylan. Or in the UK you think of Hyde Park in London, which is where 420 is usually busiest. The fact that so many people come together to enjoy cannabis brings a sense of unity. And for some, that’s all 420 is about. A chance to sit in the sun (although in England it would probably rain) and enjoy the experience. There’s no more significance than that. Weed and friends.

However, there is undoubtedly a political aspect that cannot be ignored. 420 is part of a counterculture movement intrinsically because it celebrates something that is commonly unacceptable by law. Often during 420 people are also there protesting against injustices. Whether it’s the Vietnam war, the war in Iraq, the brutal killing of an innocent person by police, or just simply the legalization of marijuana, many issues are often raised at 420 events. And now 420 has more media attention, it gives it more of a platform to raise these issues. In this case then, 420 is not just an event, it’s a way of life. It’s an ideology.

On the other hand, 420 is now so widely known that it risks potentially losing its value through commercialisation. A guardian article written by Kate Robertson says ‘goodbye counterculture’, and suggests that with weed becoming more mainstream it risks losing its political significance. With all the T-shirts and merchandise you can buy now which allude to 420, it does make you think that maybe the true value of the day will get lost. If companies see it as a money-maker, the event could change from a free-spirited national holiday to another commercialised hollow event that stands for nothing. However, in the media world we live in, perhaps commercialisation can bring the ideas of 420 to more people and hopefully closer to fruition. 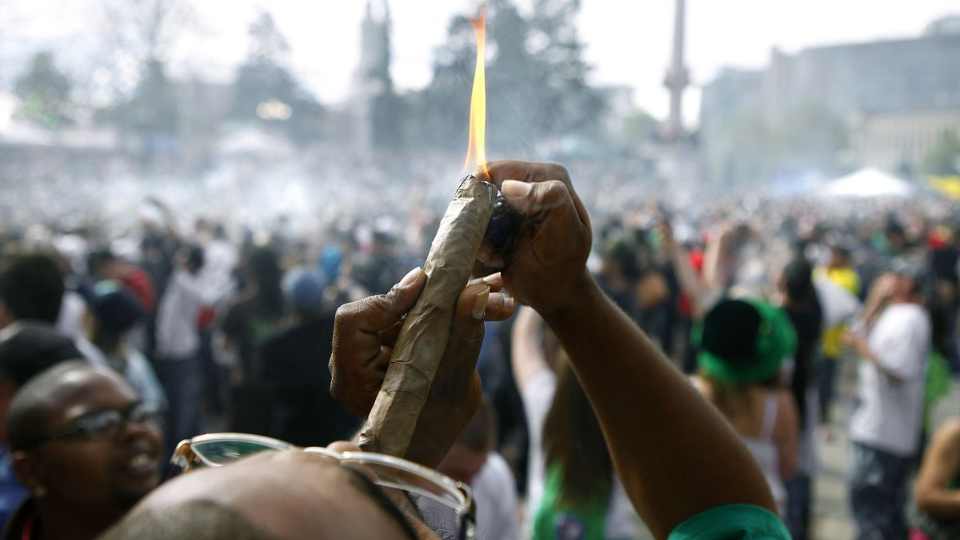 Last year a lot of 420 events were cancelled due to the pandemic and it is looking increasingly likely that history could be repeated again in 2021. Wherever 420 came from and whatever it means to you, sadly it cannot thrive physically during the coronavirus.  However, there were many online 420 celebrations last year which will be most likely repeated this year. So, if you do feel lonely or low this 420, make sure to find a way to celebrate and enjoy the history of the national holiday some way or another. 420 has faced all types of adversity over the years and somehow it has been able to stay strong. So let’s keep that going.

Article Name
How did the Marijuana Holiday 420 start?
Description
It is inevitable that like every other date the 20th April 2021 will come, and the question on many weed lovers mind is: will people get to celebrate 420? So today we’re gonna be looking back at the national weed holiday history, debunk the myths and figure out how it all started. As always, strap yourselves in. Let’s go.
nectar medical vapes
Publisher Name
nectar
Publisher Logo