With the world of vaporizers becoming increasingly popular, many people consistently ask the question: why should I bother? Why should I bother purchasing a weed vape? What are the benefits? Isn’t it too expensive to warrant having one? Why is it better than just smoking a joint? Well, today we’ll be subtly ploughing through all of these questions, whilst also answering one of the most important of them all: do weed vapes smell? The world of smoking has always been tarnished by the smell that it often leaves on people’s fingers, clothes and in the air. Not to mention the fact that cannabis can have a pretty pungent odour anyway. However, do weed vapes leave the same smell? Let’s find out.

What is a Weed Vape?

A weed vape is an electric device that allows the user to heat up cannabis, turn it into vapor and inhale it. There are two main types of weed vape. The first is the dry herb vaporizer, which heats up dry bud and cannabis concentrates, and turns them into vapour. Alternatively you have the 510 thread battery, which heats up liquid cannabis cartridges and turns them into vapor. Whilst both use different forms of cannabis, they both lead to the same result. In addition, both types of vaporizers work roughly the same. 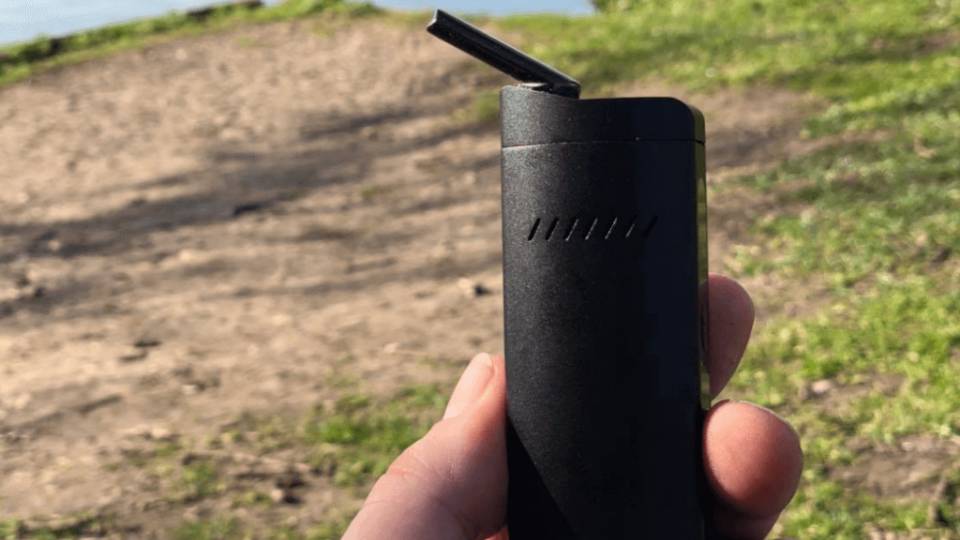 The first step in the vaping process is the battery. An 18650 mAh battery is a popular one, but they aren’t always the same. The battery is rechargeable, and usually lasts around 1 to 2 days. This depends of course on how much you use it. The battery is the power source and makes all the other steps possible.

The cannabis then gets involved. In a dry herb vaporizer, dry cannabis buds are placed in the oven chamber and the air around it becomes hotter and hotter, which turns the bud into vapor. However, with a 510 thread battery, the liquid in the cartridge is heated from below and boiled, which turns into vapor. The devices may differ slightly in look and in the way they are used, but they both lead to the same consequence.

The user then inhales the vapor created from the mouthpiece and enjoys the effects.

Before we delve into whether weed vapes smell, it’s first important to understand why that question is even being asked. Well, other than the huge medical repercussions of smoking, lots of people are also deterred from it due to the odor it leaves. So why does this happen?

The first reason is combustion. Combustion is a process when anything is heated or lit at over 240 degrees. A joint usually burns at around 900 degrees, so it’s far over that. When combustion occurs smoke is released, like that of a bonfire. Now, smoke is a thick gas and it sticks to pretty much everything; clothes, skin, mouth, organs. Healthline writes:

“Cigarette smoke coats the inside of your mouth, gums, teeth, and tongue. As any nonsmoker who has ever kissed a smoker will tell you, cigarettes make your breath and mouth smell and taste like a dirty ashtray.”

It’s this reason that smoking smells. Everything that is released from a joint is transferred into a thick cloud of smoke and it attaches itself to you and the air around you. In addition, because you’re using your fingers to hold the lit joint, your fingers are likely to smell extremely potent.

So, what’s inside that thick cloud of smoke? Well, one of the key substances is obviously weed. Cannabis has its own potent smell that is hard to ignore. Why is this you may ask? Well it’s all due to the fact that cannabis has many cannabinoids, which each give off their own scent and aroma. Plus, there’s a specific terpene component within weed called ‘myrcene’.

“Myrcene is in lots of other highly fragrant plants, such as bay leaf, mangoes, hops, and thyme. Different strains of marijuana can contain more or less myrcene.”

The smell of weed is, on its own, an aromatic substance with a specific pungency. When that’s combined with burning tobacco smoke, it becomes a scent that’s hard to get rid of.

Tobacco is also another reason that joints smoke. More often than not, people smoke joints with some tobacco inside – unless of course they’re having a blunt. Tobacco is an easily burnable substance, and adds a certain thickness to the cloud of smoke, as well as its own original scent. In addition, when you inhale nicotine, it can affect the sweat glands. Nicotine makes you more likely to sweat, and can even make your sweat smell like smoke.

What About Weed Vapes?

So, now for the moment you’ve all been waiting for, the answer to: do weed vapes smell? Well, the only way to really answer that question is to compare it to the alternative, which is smoking. And the answer is: in comparison with smoking, weed vapes smell about 80% less. But why is this?

First of all, vaping is not the same as smoking. Despite what some people may believe, vaping does not involve smoking or burning whatsoever. In fact, remember how we said that combustion occurs over 240 degrees? Well vapes heat cannabis at around 180-220 degrees. The combustion process is completely avoided. This means that thick clouds of smoke are not produced by vaporizers. Instead, vapor is created. Vapor does not linger the same way smoke does, and does not stick to clothes in the same way.

That’s not to say that vapor has no smell at all. Of course if you blew a cloud of vapor smoke in someone’s face they would smell something. However, it is considerably less. But this is also because vaping, unlike smoking, is quite controlled. The cannabis vapor stays within the device until the user inhales it. Therefore, there is a lot less second-hand vapor than there is when someone smokes. When someone smokes a joint the lit joint is slowly releasing smoke constantly, without the user even inhaling. A weed vape contains a lot more of it inside; releasing less. In a 510 thread battery vape, there is even less because there’s no oven heating cannabis. In fact, cannabis liquid cartridges have almost no smell at all before they’re vaped.

Another key reason that weed vapes don’t smell is because there’s no tobacco involved. Weed vapes don’t use or need dry tobacco, which means any of the smell or problems of nicotine are eradicated.

Click here to check out our range of CBD products.

But what about weed? Well, in a 510 thread battery, the weed is in a liquid cartridge form. This has almost no scent whatsoever. The only smell comes from the exhale, which we’ve already established is a lot less pungent than smoke. However, even with a dry herb vaporizer, the cannabis is stored tightly in an oven, which reduces the smell impact.

Want to Purchase a Veed Vape?

So, now you know the weed vapes smell a lot less than smoking, are you interested in purchasing one for yourself? Click here to take a look at some of our dry herb vaporizers.