In this article we are going to be looking at how to make the well-known delicious and beautiful weed brownies. You may also know them as space cakes, or perhaps hash brownies, but whatever you want to call them, these edibles deserve respect and attention in order to ensure they are as delicious as they can be. The recipe may seem simple, but for every good batch of weed brownies, there’s also someone out there sitting glumly with a burnt batch. So do not be fooled by the simplicity. Make these diamonds with as much love and care as you would a dinner for your future partner (perhaps this batch of weed brownies will be part of that same dinner!). We are going to take you through a simple but tasty recipe for weed brownies, as well as mentioning some of the key tips to consider during the process. Without further ado, strap yourself in. Lets go!

What Are Weed Brownies?

Yes. Good question. There’s nothing wrong with a definition here or there before we begin cooking up a storm. Weed brownies are edibles, which are for those who want to digest their cannabis rather than inhale it. More specifically, If you don’t already know, weed brownies are simply brownies that contain weed. Mindblown? Well, you would be surprised how many people hear about weed brownies and attempt to simply throw a bag of cannabis into the mix and cook them. This would be a terrible error and you’ll learn why later.

The Difference Between Ingesting and Inhaling Cannabis?

There are many ways to consume cannabis – smoking it in a joint, inhaling it from a dry herb vaporizer, eating it in edibles, and even rubbing oil into your skin. Each has its own individual perks. Before we look at the recipe for these weed brownies, let’s quickly look into the main difference between ingesting and inhaling cannabis.

There are two main types of inhalation – smoking and vaping. Smoking uses combustion, which releases dangerous toxins, produces smoke, and is damaging for your body. Vaping doesn’t combust, it creates vapour from warming up the dry herb at a lower heat, which isn’t damaging. Either way, when you inhale weed it goes directly into the lungs and then into the bloodstream. This takes only seconds, maybe minutes, until you feel the effects.

Ingesting cannabis can also take many forms. Other than just weed brownies, people have tried to cook weed into pretty much anything: gummy bears, cookies, cakes. Eating weed avoids the harsh feeling from smoking it, but it does take a lot longer to experience the effects. The edible travels to your stomach, where it is broken down and absorbed into the liver, where it eventually reaches the bloodstream. This can take hours. I’m sure many of us have stories of people who have eaten too many edibles, not realising they take longer to kick in, and have been left counting down the hours until the feeling will stop. Nonetheless, if done correctly, weed brownies give an extraordinary high. 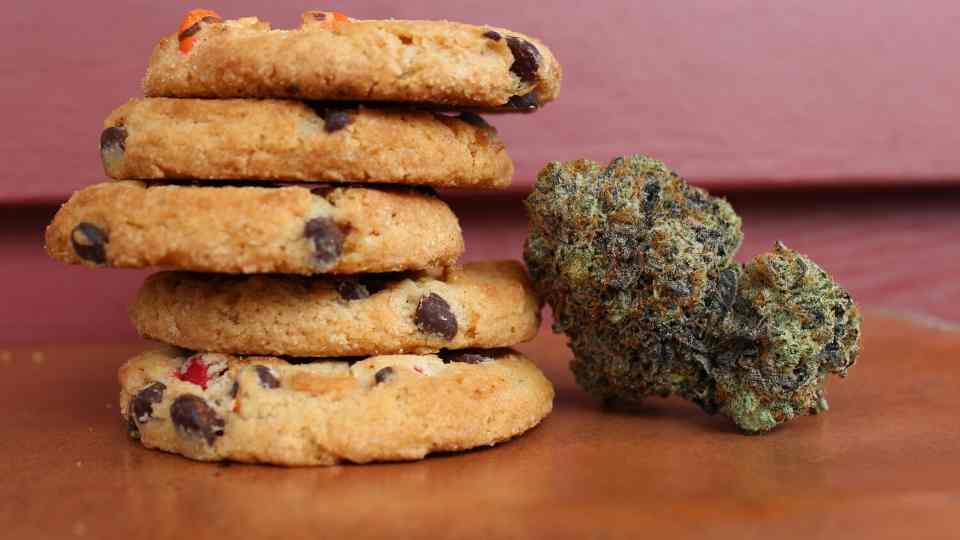 So, finally, the long awaited recipe. If any of you are slight novices in the kitchen then you won’t be surprised by this simple recipe, however, the method is key. Don’t jump the gun and chuck too much weed in. You want to make every batch like it’s going to be the best batch you ever made!

This recipe will be perfect for 8/10 people. You will need…

As we said earlier, many people would see the phrase ‘weed brownies’ and think to just throw a bag of weed into the mixing pot. This is wrong. Don’t be that person. You actually need to heat the weed first so it is properly decarboxylated (basically, it needs to be heated first to release the good stuff).

Step 1 – Preheat the oven to 120 degrees. Get a baking sheet and spread the cannabis evenly on it. Put in the oven and bake for 45 minutes.

Step 2 – In a decently sized saucepan melt the butter on a low heat. Once it is melted, add the already oven baked weed, and simmer both for a further 40 minutes. This makes the weed butter that will be an integral ingredient for your magical brownies.

Step 3 – Sieve this mixture into a glass for later. Discard any of the cannabis solids that are left.

Step 4 – Preheat the oven again, but this time, to 180 degrees. Find a baking pan you want to use to cook the brownies in and grease it with cooking spray.

Step 5 – Break up the chocolate into pieces, place them in a glass bowl and place it on top of a pan of boiling water. Mix until the chocolate is melted and then take it off the heat.

Step 6 – Add the magical weed butter to the melted chocolate and mix.

Step 7 – Add the eggs, making sure they are well mixed.

Step 9 – Once the mixture is all well blended together, pour it into the baking pan evenly. Place it in the oven and bake for 30 minutes. You can also poke a knife in the brownies and if the knife comes out clean then those babies are ready!

Step 10 – Cut the cooked brownies into even pieces and enjoy! 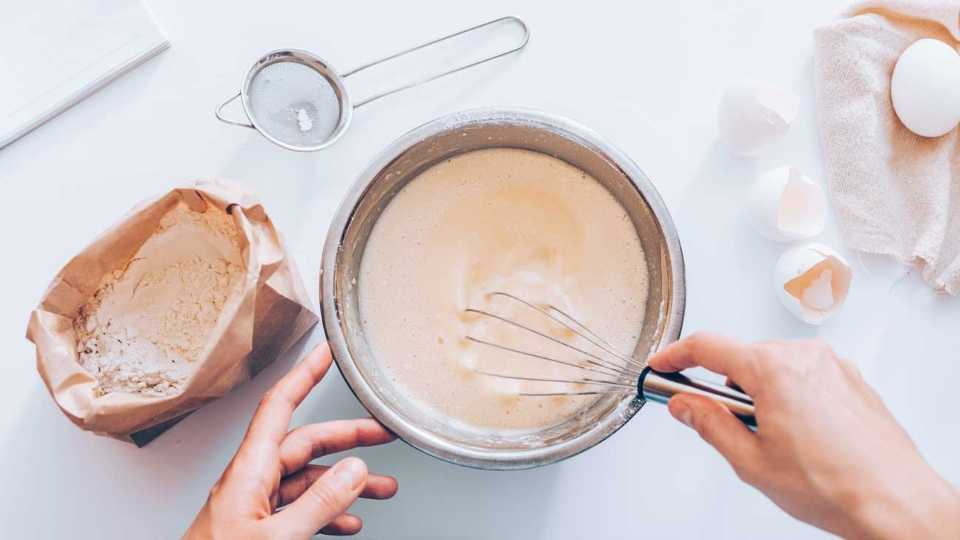 Now you’re faced with some beautifully-smelling, magical weed brownies, here are a few things to think about to make your experience with those beauties even better.

Eat with caution – as mentioned earlier, you don’t want to be that person who eats too much and is hit by that delayed high. So eat slowly, enjoy the experience. No need to rush.

Spruce it up – why not try the brownie with a little scoop of ice cream? Make it look and taste beautiful.

Enjoy with friends – Invite some friends over, play some board games, maybe watch The Matrix and enjoy the experience surrounded by warmth.

Whatever you want to nickname them, weed brownies are a great way of consuming cannabis in a slower and sometimes more intense way. The recipe we’ve given you is a simple introduction to the world of weed brownies, but don’t forget to take care and patience into the kitchen with you when making these magical things. Now, hopefully you either have a warm batch in front of you, or you are about to go and make some. Yummy.

We hope you found this article enjoyable and, as always, educational. Until next time.