So you’re interested in making a DIY Rosin Press? Well, then you have come to the right place. This blog post is a comprehensive rosin press guide about how to DIY a Rosin Press. Making your own Rosin Press is quite easy. While it will take a bit of technical tinkering, it can save you a considerable amount of money.

If you don’t have the time nor the energy to make a DIY press, you can always opt to buy a ready-made Rosin Press. For a one-time cost, you get to enjoy cannabis in its sweet and pure goodness anytime you want. A plug-and-press model is preferred by individuals who simply do not have the time nor the technical skills to build their own. There’s no judgment here as rosin press machines are quite convenient. They have many convenient features whose main objective is to optimize the amount you squeeze out while preserving the real flavour of cannabis.

Gone are the days when people would improvise by using their hair straightener or a tortilla press to create a make-shift Rosin Press. One common misconception about making a DIY Rosin Press is that they have to build the entire tool out from scratch. This is not usually the case. You can easily find aluminium or stainless steel rosin press plates to use for your own DIY Rosin Press. The Internet has also made it less challenging to look for hard-to-find parts. Any tool or item that your local hardware store, I am sure you can order off of Amazon.

So throw out that parchment paper and hair straightener and read ahead. You’re sure to learn a few things.

Before we ask how to make rosin, let’s define first what Rosin is. According to Wikipedia, “Rosin, also called colophony or Greek pitch (Latin: pix græca), is a solid form of resin obtained from pines and some other plants, mostly conifers, produced by heating fresh liquid resin to vaporize the volatile liquid terpene components. It is semi-transparent and varies in colour from yellow to black.”

A Rosin Press, on the other hand, is a tool used with the primary goal of extracting cannabinoids from the Cannabis plant through heat a pressure. The conventional Rosin Press uses two metal plates, heated at exact temperatures, and are pressed down together with enough pressure to extract Cannabinoids.

How Much is a Rosin Press?

As the popularity of cannabis increase throughout the years, it cannot be helped that multiple brands and models pop up in the market. Depending on many factors such as brand, model, quality of extraction, and where you live, a Rosin Press can set you back from £200 up to £4,000.  Here, at Nectar Medical Vapes, our Pollen Press DIY Rosin Press Machine and Pollen Twist DIY Manual Rosin Press are priced at the lower end of that spectrum.

Can You Make Rosin With a Shirt Press?

If you are desperate, then yes, a Shirt Press will do the job though. Obviously, the result will not be as good, and the process will lack the finesse of a Rosin Press. Before DIY Rosin Presses came to the market, many individuals use a modified shirt press to get their fix. The heated plates do the trick. You need to heat the bottom and use only the top plate for pressure. Take note that the product that you will extract will not be as much as when you use an actual Rosin Press.

You also cannot set the temperature of the press plates to a precise level with a shirt press which means that the product will not taste as good. One of the best qualities of a Rosin Press is its adjustable temperature gauge, which directly affects the flavour of the extract.

Can You Use a Clothes Iron to Make Rosin?

Just as with a shirt press, a clothes iron will most likely do the job, albeit giving crude results. There are two disadvantages to using a clothes iron as a Rosin Press. First off, clothes irons can get too hot. With only parchment paper separating your cannabis from the clothes iron, there is a high chance that you burn your cannabis. At the same time, the extract that you get may carry that burnt flavour. You do not want that.

The temperature control on a DIY Rosin Press is precisely engineered to make sure that the temperature stays at just the optimal amount for your desired taste and texture. The second disadvantage is that the pressure will be uneven. Unlike with two press plates, using a clothes iron would mean using the floor or a table as your bottom plate, which will not provide you with the pressure that you need. 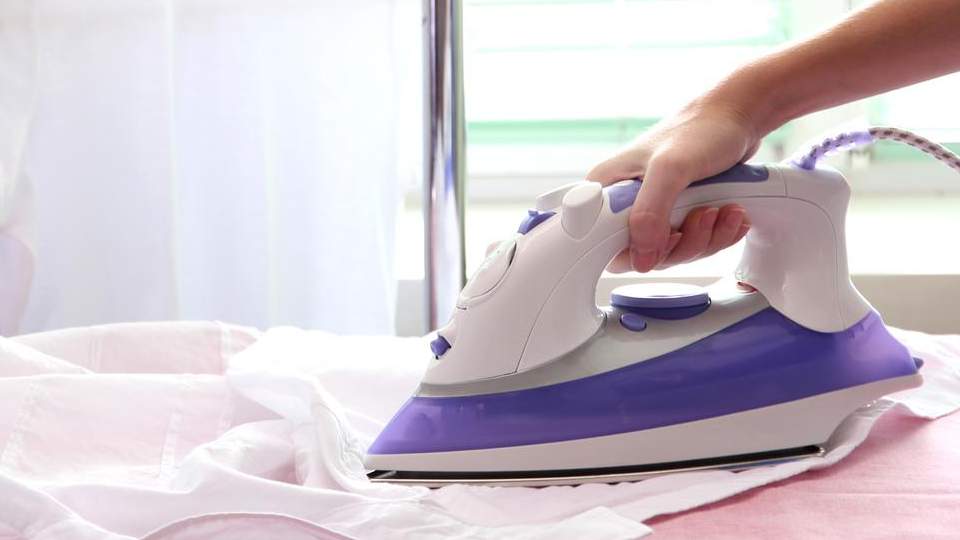 How Much Pressure Do You Need for Rosin?

The optimal pressure that you need to get the most amount of extract is somewhere from 300 to 1200 pounds per square inch (psi) of pressure. This can quickly be done with a DIY Rosin Press. Unless your hair straightener can exert the same amount of pressure, it’s best to invest on a DIY Rosin Press to avoid waste of good quality Cannabis.

Is Making a DIY Rosin Press Worth It?

Just as with most of the tools that you buy, whether buying them or not is worth it depends on how many times you plan to use them. For example, buying a hand drill that costs £50 is quite a wasteful expense if you only plan to use it once. But say your job requires you to use the drill often, then I would say that it is worth it to buy one.

At the same time, a Rosin Press should have handy features that allow its user to precisely control the flavour of your rosin as well as its texture, and rosin yield. It would be considered quite a waste if you splurge on high-quality cannabis and then ruin it with an inefficient and cheap “Rosin Press.” You may even have to throw the entire batch away if you burn your cannabis.

Just think of how convenient it is for you to have a Rosin Press or even just Rosin Plates right at the comfort of your own home! Making Pressed Rosin by yourself is quite a cool conversation starter, don’t you think? You can consider the amount that you spend on a Rosin Press as an investment. The more that you use it, the less the actual cost of the Rosin Press becomes.